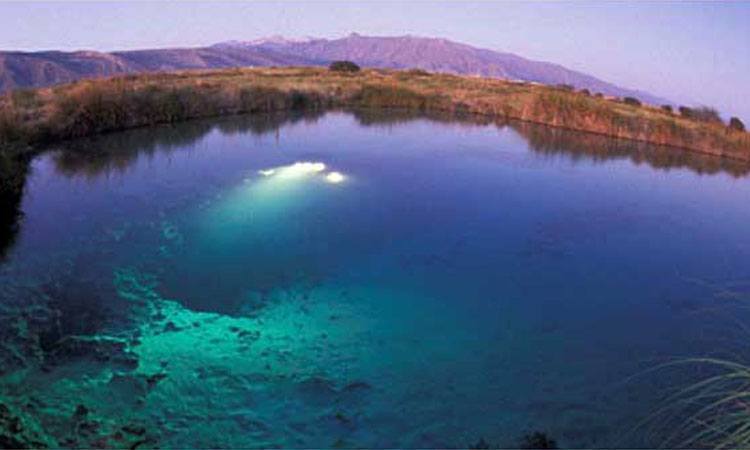 CUATRO CIENEGAS: LAKES IN THE DESERT – Coahuila, Messico
Explorations in the oasis of Sierra San Marcos y Pinos, in Coahuila, in search of caves and origins of waters which formed them. 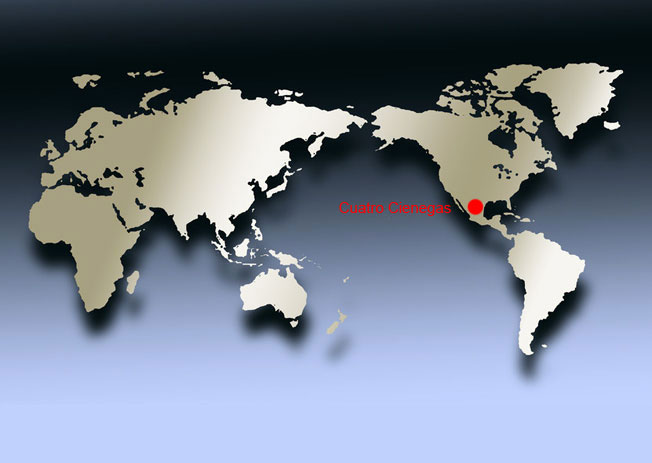 Geographical area: The area of Cuatro Ciénegas is a wide valley with a semi-desert climate located in the state of Coahuila, in northern Mexico.
The basin is surrounded by calcareous mountains, up to 3,000 m high and is characterised by wonderful spring lakes and by a totally unknown groundwater intake. Research has involved Italian and Mexican researchers for several years and resulted in a greater knowledge of this area.

After carrying out two investigations in 1998 and 1999, La Venta organised three important expeditions between 2001 and 2003 carried out in the area of Cuatro Ciénegas , with a series of hydrological and speleological researches, which have been recorded in a large format book, including an interactive CD-ROM, and in a documentary made in collaboration with National Geographic Channel. “Cuatro Cienegas” project

The expeditions in this region had the purpose of shedding light on the origins of around 200 crystalline pools, of various sizes, appearing in the region of Cuatro Ciénegas as a mirage in the desert. These bodies of water have been the subject of specialised studies on the fauna, from fish to bacteria, because they replicate similar conditions to those of the origin of life on our planet. The great scientific interest around these desert pools and their uniqueness has allowed the protection of them by creating a National Park in 1994. However, nobody has still found an answer to the following questions: where does this water come from? Why is it hot in some points and cold in others? Why is there so much water despite the lack of precipitation.
Explorations have also allowed us to identify concrete measures to protect and improve this area, both as a drinking water reservoir, as a sustainable tourist destination and as historical and archaeological heritage. 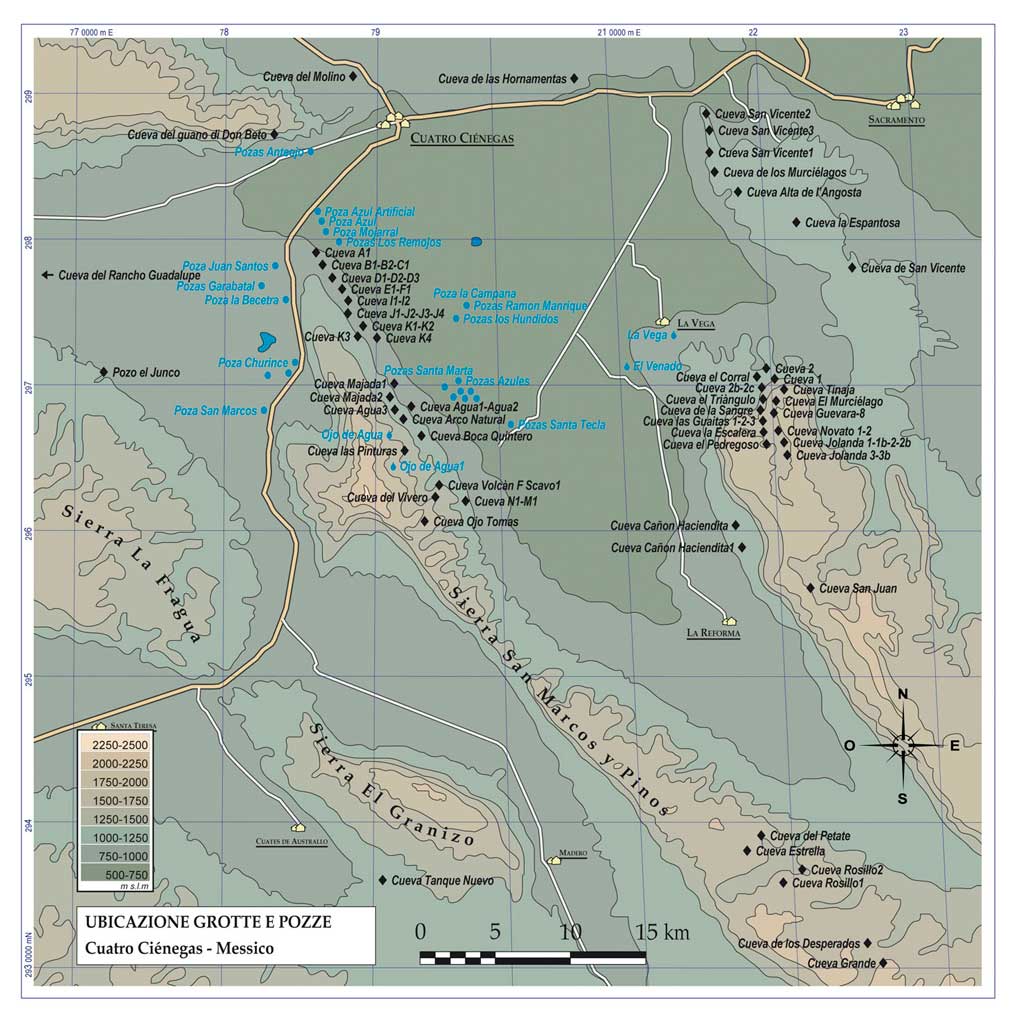 The explorations gathering and comparing data concerning pools and caves allowed us to develop scientific hypotheses on the origin of waters of Cuatro Ciénegas and the development of karst in the area. In addition, thanks to the support of the local government, these explorations represent the basis of any future strategy for the conservation and tourist development of the valley and the surrounding mountains. Researchers of our team, who faced various difficulties in working on the Cuatro Ciénegas Project, hope that understanding what hides under the desert will help us to better protect, and perhaps only just in time, this very peculiar environment.
The expeditions:
1998-1999
2001
2002
2003
Future plans: There are still some places that need to be further explored around the Sierra San Marcos y Pinos; however they don’t require an ongoing targeted project. Opportunities for important explorations mostly depend on the casual discovery of accessible halls to hydrothermal karst systems, not on land morphology.