The geography of Palawan 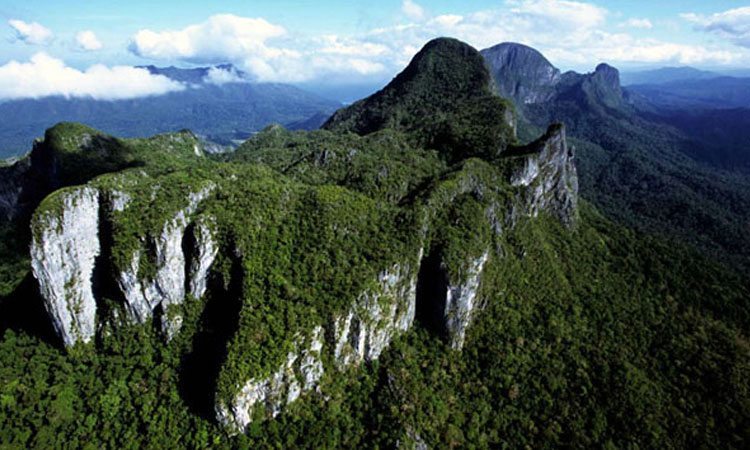 The island of Palawan has a narrow and elongated shape and is mostly mountainous for its entire length, with peaks of over 2000 m. The NE portion is bound on the W by a depression with NS direction. Just E of this discontinuity there is the important karstic area of Mount Saint Paul, 1028 m high, covering a surface of about 35 km2 and consisting of a limestone massive, dark gray, upper Oligocene - Lower Miocene. The formation, over 500 m high, is based on siltstone (fine-grained rocks into sand and clay), sandstone, marl and Oligocene lavas.

The outcrop of carbonate is formed by a long ridge oriented NNE-SSW, bound by the valley of the river Babuyan to E, and by the river Cabayugan to W. The structure is roughly due to a monoclonal dipping NW, bound by faults in NNE-SSW direction. This structural arrangement allows the system to receive contributions from karst sinkholes only from the side of Cabayugan, with the exception of the extreme northern portion, where even on the eastern side we have small marginal basins drained by sinkholes.

The whole area is affected by intense karst phenomena, typically tropical with superficial forms: towers, cones, cockpit, megakarren, etc... There are numerous explored caves, concentrated in two areas, north and south of the ridge, in addition to the general system of the Underground River, which currently has three entrances and over 32 km of development.