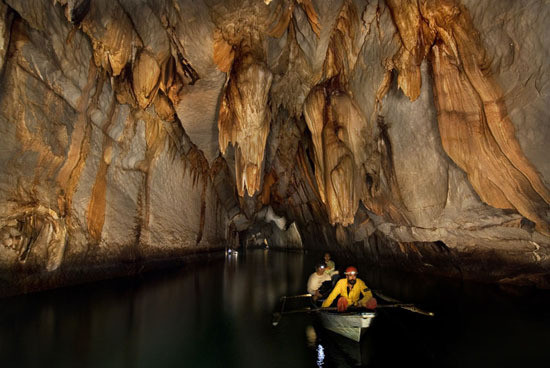 The cave consists of a main axis, developing in the direction NNW-SSE, about 7 km long and formed by a large gallery crossed by the river. The main gallery has several branches, and some modest tributaries, especially from the left. The main tributary is the Australian 's Inlet, just downstream of the Rockpile, coming from a depressed area located just south of the Barrio of Sabang. Another small left tributary is located not far from the daylight. On the right side, the only noteworthy tributary is located about 1 km upstream from the Rockpile, and comes from a short branch closed by a siphon.

Parallel galleries at altitudes close to sea level, develop especially on the left side of the main branch, in its middle and lower part (Cin Gallery). Part of these galleries is reactivated during floods, as evidenced by the presence of significant alluvial deposits. At the bottom of the underground river develop other small parallel galleries, semi-flooded, giving rise to a sort of grid of twisted channels, typical of estuarine intertidal zones (areas located between high and low tide). 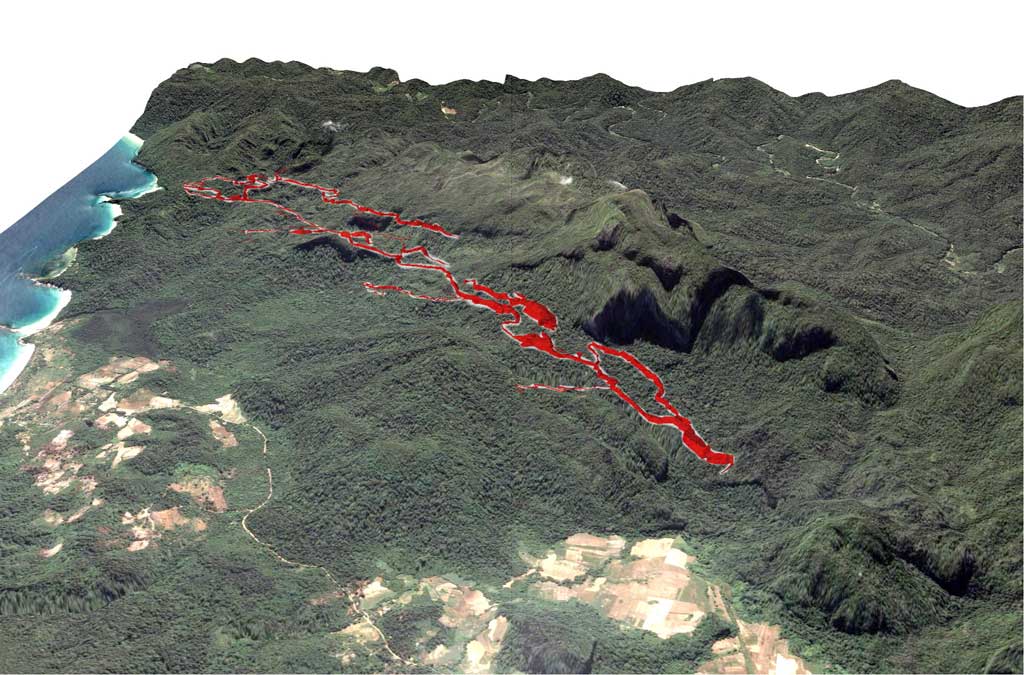 One of these lateral branches, which starts on the right side about 150 m upstream of the entrance of the valley, spreads a few meters above sea level up to an impressive stalagmite flow beyond which the gallery continues gaining considerable size and gorge morphology. In fact, we have entered a sort of parallel way of the river, whose existence was suspected from some time, fed by infiltration water collected from karstic massif and not from sinkholes, so active only during the wet season.

The gallery (150 years gallery) in some places has widths up to 30 m and heights of 40-50 m and extends for approximately 4 km towards SW, then parallel to the main river, but a few dozen of meters higher. The morphology is that of a large underground canyon with erosion terraces on the walls and alluvial deposits. For long stretches the walls are covered with spectacular crystal coralloid and eccentric concretions. The gallery ends with a great landslide (Magellan Chamber), close to the great halls that are above the main river. Below this gallery we find some branches with clearly epiphreatic morphologies, probably formed by the periodic ascent of the piezometric surface.

In the southern portion of the underground karst system there are, however, some large upper branches (Halohalo Gallery), on the right side of the current active route, which represent segments, now divided by slumping or fills, of an ancient route of the underground river with tunnels that have dimensions generally larger than those of the current collector. Where is preserved the original shape of the duct, the portion of the floor is about 50-60 m upper the sea level. Many sectors have been subject to slumping, that have expanded the size, creating large rooms such as the Italian's Chamber, which has a length of 300 m, a maximum width of 140 m and an estimated height of 80 m, with a volume of approximately 2.5 million cubic meters. 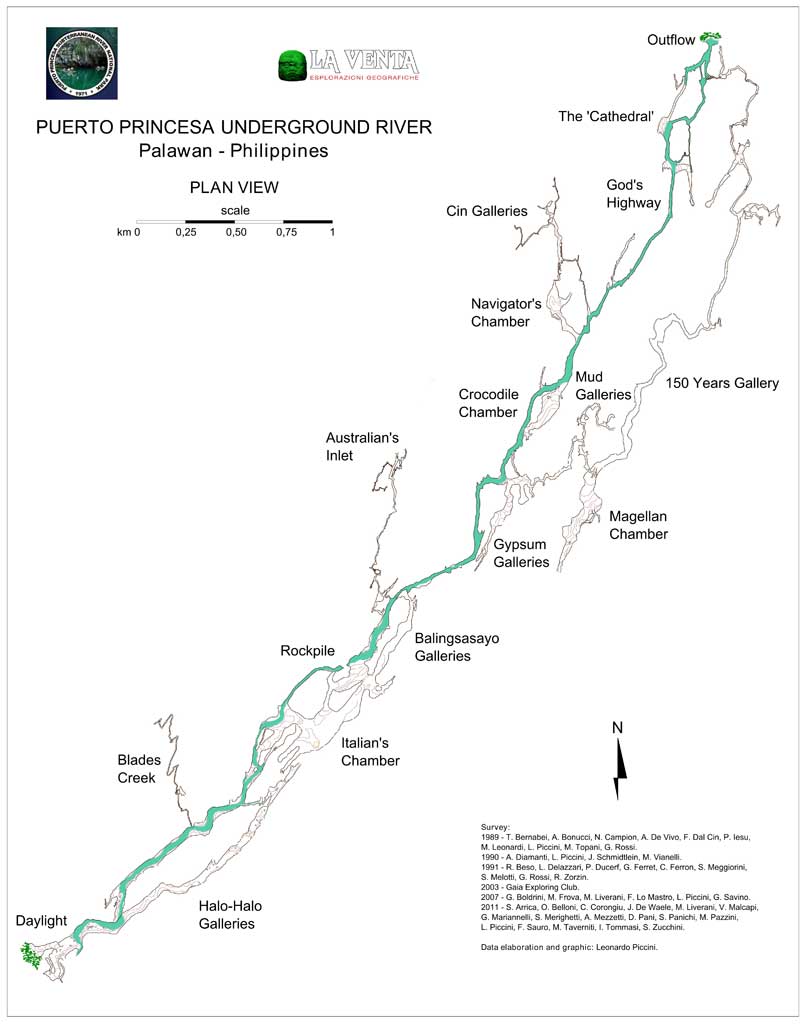