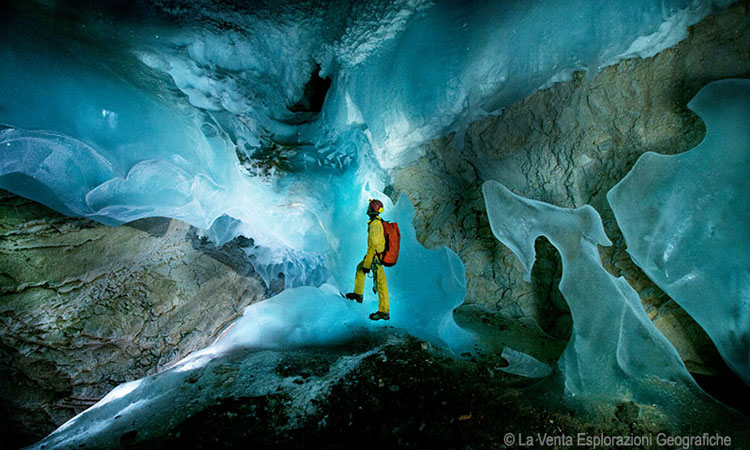 SAMARKAND: GIANT REEFS IN A SEA OF SAND
Explorations in the deepest caves of Asia, on giant peaks of the Pamir-Alaj Mountains, one of the scenes of the collapse of the Soviet Union.﻿﻿ Samarkand is located in the state of Uzbekistan, currently an independent Republic but which was part of the immense Soviet state. The region is characterised by endless desert plains and high steep mountains in the south. These peaks are extensions of the Pamir Mountains. 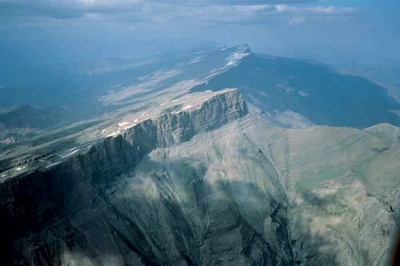 Soviet speleologists, coming mainly from Kiev and Sverdlovsk-Ekaterineburg, performed on these mountains some of the most challenging speleological research ever accomplished.
Exploration focused largely on various caves opening in high calcareous ridges, south west of the city of Dushambè. They are monoclines up to 4000 m high, almost free from water. Caves in this area are among the deepest in the world, hence among the coldest and most difficult cavities, with temperatures close to 0 degrees or lower.
In the summer of 1989 we were invited to join that group of soviet speleologists to carry out an expedition. A team formed by some of the best Italian cavers had the opportunity of discovering those wonderful regions. Six cavers (three Italians and three Russians) obtained an extraordinary result: they reached for the first time the bottom of the Boy Bulok cave, after a descent of115 hours. At that time, that endless underground tunnel, over 1200 m deep, narrow and with long semi-flooded sections became one of Asia’s deepest caves and today remains one the most difficult ones.
Two years later, the newly founded La Venta Association organised a new expedition, with improved equipment and organisation, to discover new caves in the highest parts of the Bai-Sun-Tau chain. We explored numerous caves and some of them required difficult descents on limestone walls up to 500 m high.
Today this is still one of the most challenging explorations performed by our association and the results are described in their entirety in the book “Grotte e storie dell’Asia Centrale” (Caves and History of Central Asia) and in two documentaries.
The idea of creating the Association La Venta and its geographical-technical plan came after exploring the unknown world extending below the desert mountains of Central Asia. Geographical area: frontier mountains between Tajikistan and Uzbekistan, 150 km south of Samarkand.
Future plans: results obtained during various expeditions offer a clear picture of karst topography in this area. However, time and logistic constraints prevented us from performing in depth analyses. The Ulugh Beg is probably an extremely deep cave and its hall is one the most remote places in the world. The current political situation discourages explorers from performing new expeditions.