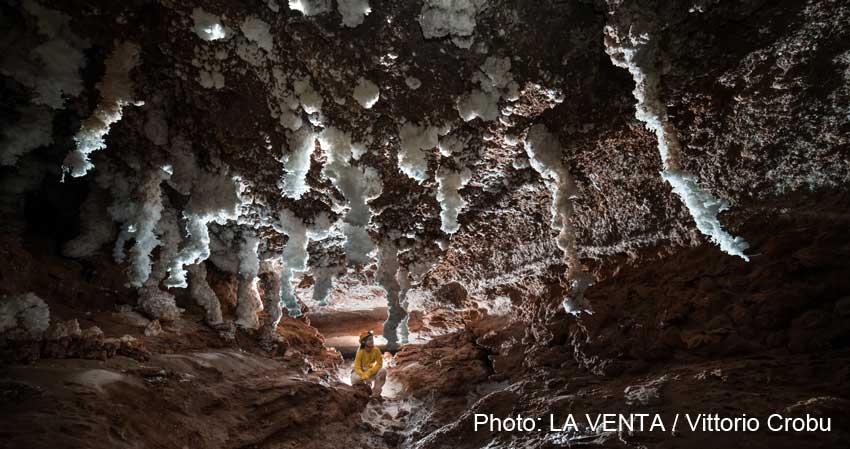 Although it is now over a year since the last expedition in search of micro-organisms that live in the salt caves of the Cordillera de la Sal (Chile) for the project "Reading the salt caves of Atacama", it is difficult to forget the numerous past adventures and nights spent staring up at the stars before falling asleep.

While waiting to return, we can in the meantime review the desert areas and the caves explored thanks to 3D models made with laser scanners and drones. The data acquired with these instruments were mainly used for scientific studies, such as the comparison of the Lechuza cave (already scanned during the 2015 expedition) and for the analysis of particular pointed rocks covered by a thin layer of salt called "penitentes" which are found only in some areas of this desert. But at the same time, three-dimensional models can also be used for informative purposes such as creating virtual or interactive tours.

Watche the video on You Tube

This expedition was realized thanks to the support of the National Geographic Society and in collaboration with the Department of Biological, Geological and Environmental Sciences of the University of Bologna.