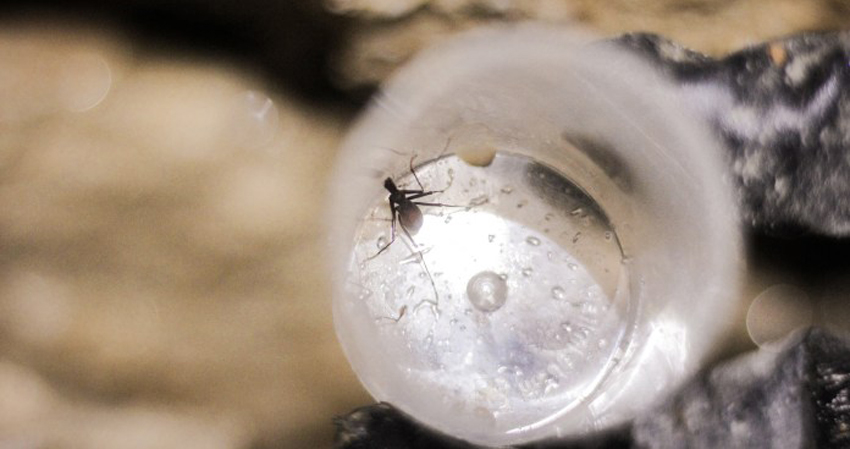 During the Shtares 2019 expedition, the development of the homonymous cave discovered in August 2016 becomes more and more extensive. The exploration of the Grotta delle Rondini and the start of systematic scientific research have also been completed.

From August 18 to September 1, 2019 we returned for the third consecutive year to Vrana e Madhe, in the Albanian Alps, in the Regional Natural Park of Nikaj Mërtur, to continue the exploration of the caves that open along the imposing walls of Mali and Shtrezës, whose peak reaches 2190 m asl. The "Shtares 2019" expedition was organized by the Speleologico Martinese Group, with the collaboration of the Speleologico Faentino Group, the La Venta Association and the GSB - USB of Bologna. The expedition, sponsored by the Italian Speleological Society (SSI), was attended by twenty cavers from all over Italy.
The objectives of Shtares 2019 were: the exploration of the Grotta delle Rondini, reached at the end of the expedition of the past year; the continuation of the Shpella Shtares exploration; the start of a systematic scientific research, accompanied by photographic video documentation. 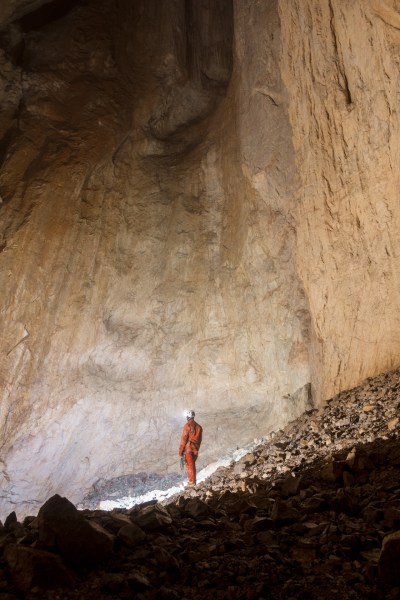 The cave of the Swallows
The cave of the Swallows (Shpella and Dallandysheve) is an impressive wall entrance located between the Shpella Shtares and the Grotta delle Lumache at an altitude of 1572 m asl.
The entrance shaft, reached only at the end of the last expedition (link to the article) had been explored to the base, at about -22 meters and allowed to promise continuations in at least two directions. 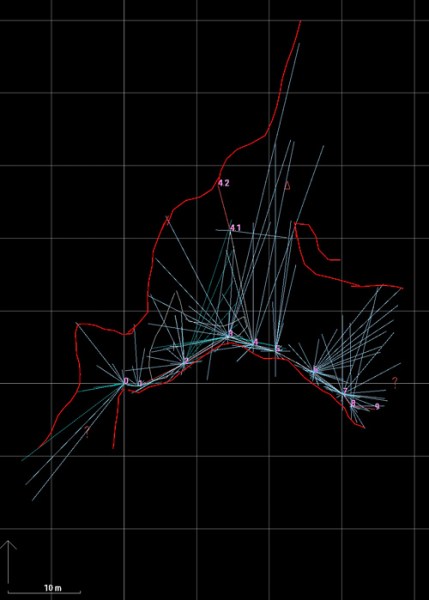 The connection hoped for with the caves at the base (Shpella Shtares and Grotta delle Lumache) has not existed and the Grotta delle Rondini seems to be currently independent of the rest of the system. The cavity is characterized by the intersection of parallel wells and landslide phenomena. The shapes of the wells, modified by the force of the ice, recall the initial environments of the Shpella Shtares.
The cave has a development of 240 meters and is articulated towards the South-West with a meander connected to other holes in the wall and to the North with an imposing well of 65 meters which brings the depth of the sphella to -86 m. The only possible continuation is upwards above the well of 65 meters, but the course of the relief with respect to the shape of the mountain suggests to us that that direction can only lead to another hole on the wall, making, in fact, concluded the explorations. 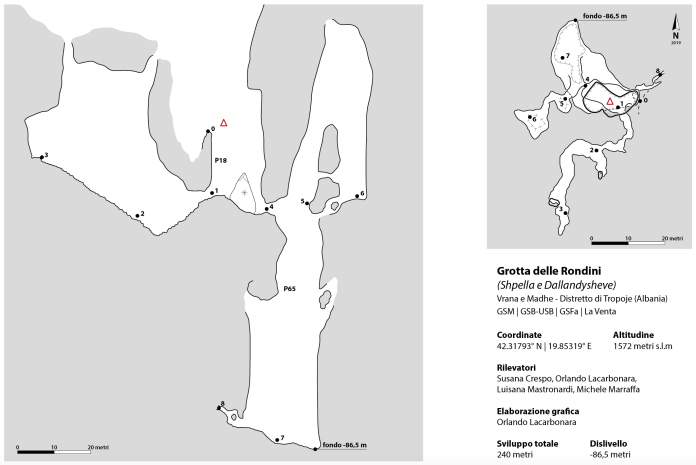 Exploration at the Sphella Shtares
Once the exploration of the cave of the Swallows has been archived, we have shifted our attention solely to the Shtares. The powerful breath of air, always present in the cave, assures us that we are far from the end of the explorations and, in fact, already during the second day of the expedition, a lift led us to completely new areas of the cave.
This new level was called "the Upper Floors" and is set on two meanders, which allowed us to reach the highest points of the cave.
The first meander, towards the north, runs parallel to the road that goes towards the bottom and, after two uphill stretches and a meandering meander, reaches a 42-meter well interspersed with a ledge (Mario hall). This P42 connects "The Upper Floors" to the Siberian Front, the branch that from the base of the ascent reaches the bottom of the cavity. A further ascent to the P42 has brought us, instead, into the largest so far discovered of the cave and at its highest point, "Sala Rossa" at an altitude of +73 m from the entrance. 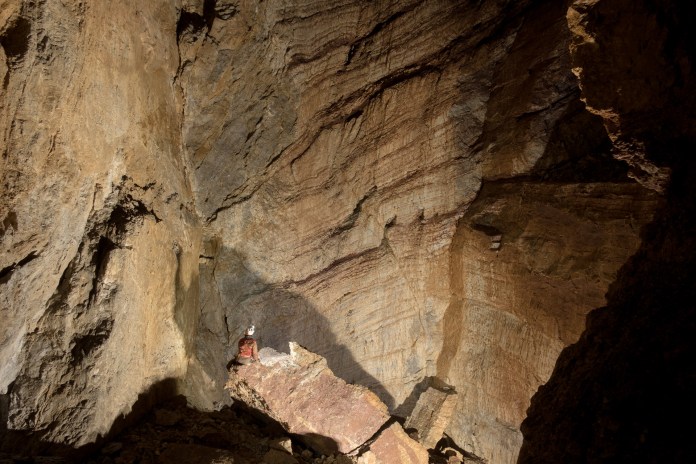 The second meander, in a south-westerly direction, allows you to travel the Shpella Shtares towards the entrance but on a level at about 10 meters higher up, with different exploration possibilities.
Three of these turned out to be direct connections between the meander at the base and the "Upper Floors" but a climb allowed us to discover a real "new world" with tunnels, meanders and wells that we explored in the last days of shipment and which represent the most interesting exploratory front from which to start again next year.
After this ascent, called Kolbucaj (surname of the family that hosts us in the village), a long meander starts at a height of +40 m from the entrance that ends on a large fault mirror, "La Cattedrale". From this point the cave begins to branch out further, discovering vast and suggestive environments, such as the "Pantheon" and the "Guggenheim". 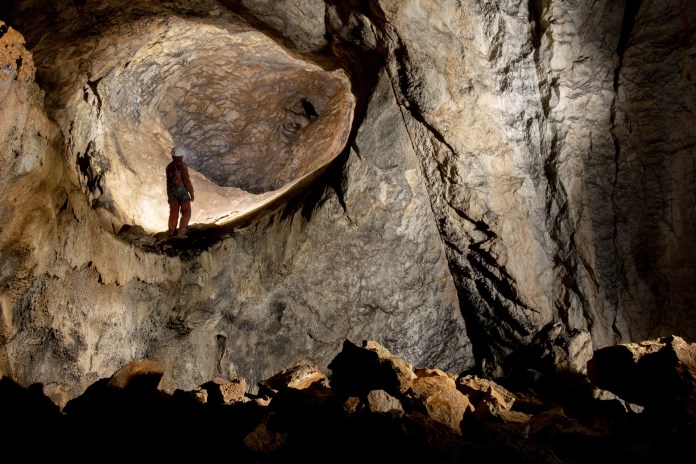 Both exploratory fronts remain open, as well as further three routes that still remain unexplored. The twelve-day work has returned us a labyrinthine Shtares, set on various levels, with 1.82 km of new branches which, added to those already known, bring the overall development of Shpella Shtares to 4.6 km. 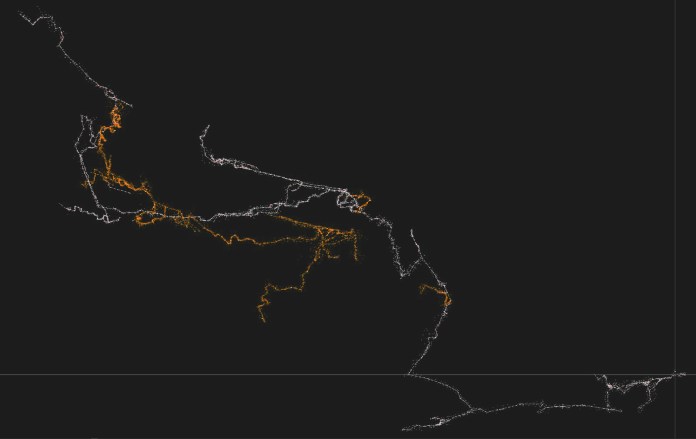 Scientific research
Simultaneously with the explorations we also concentrated on investigating hypotheses and scientific questions, already put in place in past expeditions.
Last year two thermometers were left in the cave to monitor the temperature throughout the year, one in the first rooms after entering and the other more internally, near the branch called "Little Mark" (about 1 km development from the entrance).
The data examined show a considerable temperature range. The temperature measured by the first thermometer, in fact, ranges from -3 ° C in the winter months (December to February) up to a maximum of 3.2 ° C in the summer period (April-August) with an annual average of 1.6 ° C.

Even the thermometer placed in the most remote area marked a clear excursion with the minimum recorded temperature of -1 ° C. The phenomenon of freezing / thawing is also manifested by the presence of structured soil (in English "patterned ground") in many points of the cave, where mud is present.
But if the powerful breath that welcomes us in the summer, in the initial part of the cave can be partially justified by a high entrance, in the most remote areas, the constant current of air makes us suppose more. Therefore, during this expedition we began the arduous task of tracing the air currents present in the Shtares, performing a first test with 2 kg of CO2, released thanks to the use of a fire extinguisher.
The information that we have obtained from this first experiment, tells us that the 2 kg of CO2 are really very few in such large and articulated environments and that, in order to perform other tests in the new branches, it is necessary to place more carbon dioxide detectors in different points of the cave. Only in this way it is possible to try to trace a complete and truthful path of the flow of air that distinguishes this cave. 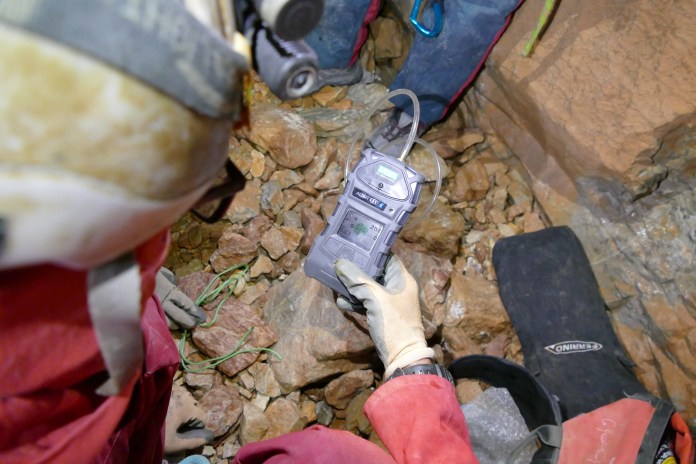 Also the biospeleological study, started this year, has provided excellent results and encouraged more systematic research based on the data collected. The Shpella Shtares, despite its temperature and the fact that it freezes in winter, hosts inside different distinct ecological niches and highly specialized animal species. At the moment ten different species of hypogean fauna are known in the Shtares cave, all invertebrates, with the exception of bats. Of these: two are troglophile (the tricoptera and chiroptera), while the others are troglobites. There are annelids, insects, and arachnids. The most represented class is that of insects.

However, it cannot be excluded that the geographical isolation of Shpella Shtares and natural selection may have brought the species therein to differentiate themselves from their common ancestor, so it is not to discard the hypothesis that the specimens found may be new species unknown to the scientific world or that can be found in the future.
The trophic network within the cave certainly sees bacteria among primary producers, followed by a chain of detritivores or filter feeders (beetles and earthworms) and a chain of predators (arachnids and pseudoscorpions). The distribution of the observed fauna is fairly uniform as we move from the middle of the cave to the innermost branches, while the more superficial branches seem at the moment inhabited only by troglophile species.
Currently all the sampled material is analyzed by professors and researchers of the University of Bari "Aldo Moro".

The important results of Shtares 2019 were possible also thanks to the support of two partners: Uku Pacha - Outdoor Sports and Berwich - Confortable Pants, we say this, not so much for due gratitude but because, it becomes quite obvious how an expedition that wants to produce tangible results, need support from not only companies, but also institutions.
The next expeditions will continue in the wake of the latter, creating increasingly favorable conditions for a multidisciplinary study of the cave and the mountain.
Consequently, the need is urgently needed to create favorable conditions for the organization of more expeditions throughout the year to investigate in depth the various exploration plans: scientific, speleological and naturalistic.