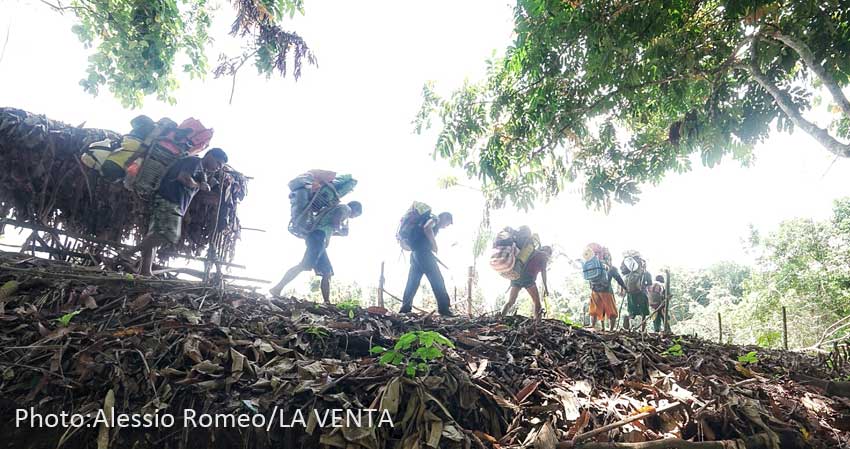 We are on our third week of expedition. Our schedule is being respected despite some inconvenience that in any case is always to be taken into account during expeditions. Life here is frenetic: biologists, geologists, photographers, video operators, speleologists, meeting the needs of everyone sometimes is really complicated. But thanks to our team spirit we succeed at it.

Our schedule, with the aim to finish the study in the area of the National Park of the Underground River in Puerto Princesa, is really busy and detailed. International agreements include a number of specific activities that will lead to an improved knowledge of this cave, promoting a more responsible tourist access in the short stretch open to the public. Moreover, this study will become the basis for many other research works to be completed once returned to Italy.

It could have been worse 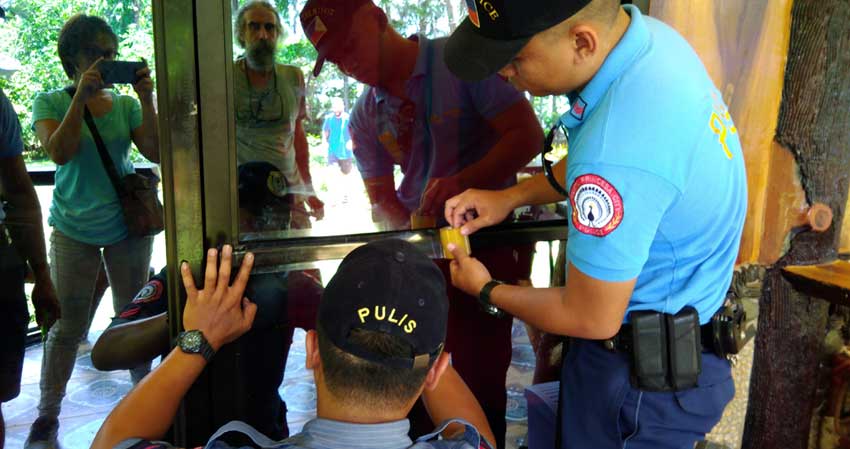 I wake up as usual with the intriguing mix of cock singing, repeated from one side of the village to the other, and of the full-fledged music that accompanies the work of the yard alongside our bungalows, where they build the rocker boats typical of these lands and of these seas. Usually, this joyful symphony is joined by the barking of the dogs and the festive play of the children, but there is no real standard. Dogs and cocks can start their concert even at three o’ clock in the morning, or keep silent until the first lights. Sabang always surprises the traveler, both for the dazzling beauty of the places and for the way you are waken up in the morning.

Read more: It could have been worse 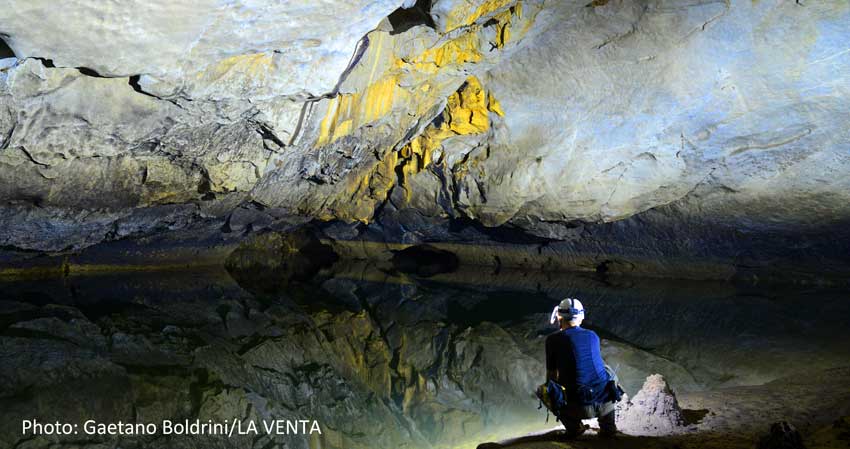 Why is a sentence in Spanish written on the mud at the bottom of a long gallery of one of the most beautiful caves in the world, the Puerto Princesa Underground River, in Palawan, in the Philippines?

The doubt blocks me and I stop for a while looking at it. I take the time to breath, I need it because I’ve arrived here almost running and with two heavy backpacks on my shoulders.
Then I remember: Lucas was here a few years ago. Having seen a Southern Mexican native here might have been special. Yet this is just one of the peculiarities of La Venta. The ability to involve whom we meet on our path. To become first of all their friends. 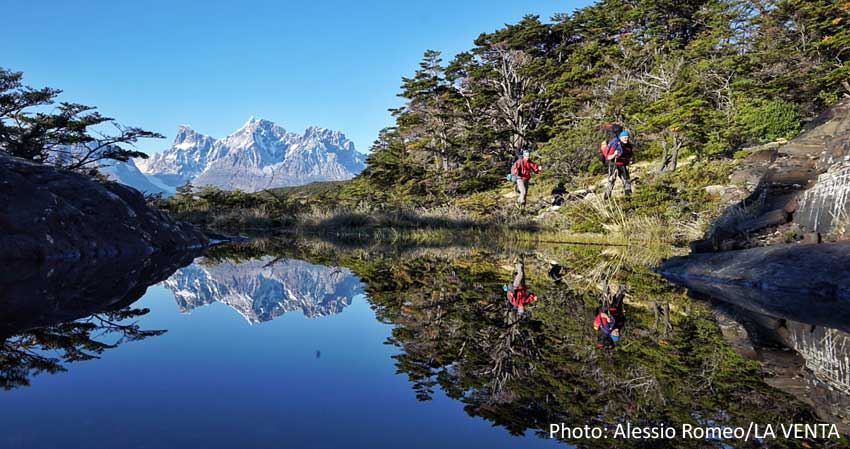 If the Ice Festival has not taken place in El Calafate for 5 years, there is a reason for it!

Climate change, which year after year threatens the glaciers in Patagonia as well as in the rest of the world, is getting more dramatic year. This year the winter was dry and not very cold, while in the summer there was not much wind…in short everything is abnormal and even the traditions of this place change, as explained by the Park Responsible Mr. Carlos Corvalán: a few years ago, for the feast of Hielo in July-August, they began to carry the snow in the city on trucks, than they decided to suspend it permanently…once, at the end of April, hotels and shops used to close but now more people stay in town to work and tourists continue to come. 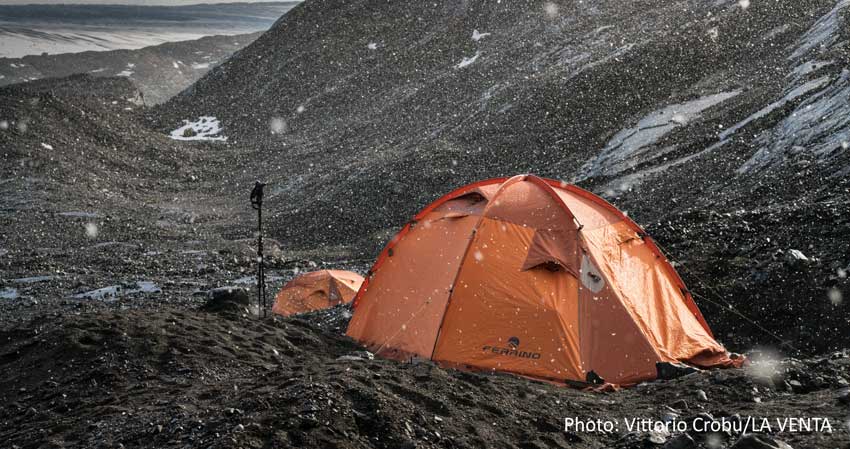 After a full day of walk, on 7 April, they arrived at Camp 1. The day after nine kilometers to get to Camp 2. The same of last year. But conditions are very different. The lake that there was last year has disappeared. And more the rain starts to come down strong. 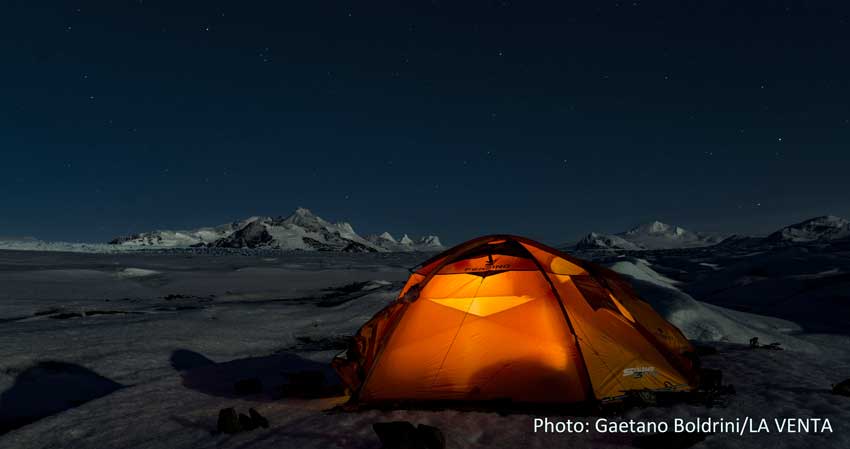 25 km with heavy backpacks on shoulder. And thankfully the few available horses could help in transportation. In this way, yesterday, they arrived at Lake of the "Tres Amigos" where they could install the camp 1.