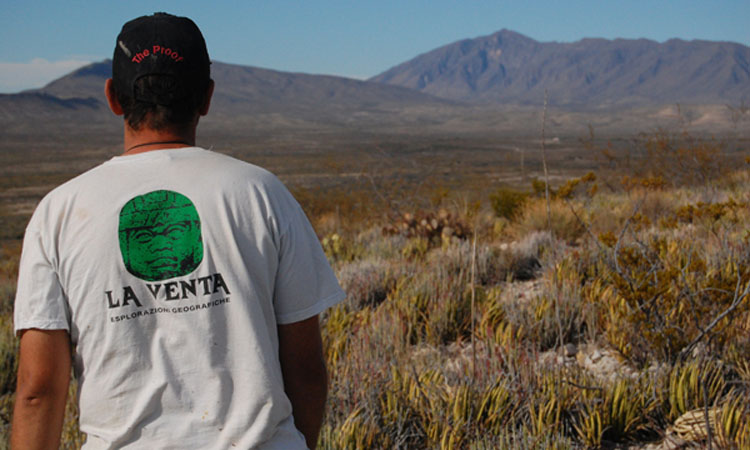 Apart from running major research exploration projects and, in some cases, planning their progress throughout the years, the La Venta Association promotes some “investigations” in undiscovered areas in order to evaluate their significance on the explorative, speleological and geographical level.
Some of these investigations end after preliminary surveys whilst others are destined to become definite projects.
Mongolia Project

Mongolia is perhaps the most sparsely populated country in the world with approximately 2.5 million people living on a surface area five times greater than Italy. Ulaan Bataar, the capital and largest city, is home to about 38\% of the population.
Mongolia has some immense spaces and thus is a fascinating and mysterious land, where nature has laid down its strict rules on a powerful population, so proud of its history.
The La Venta Team carried out its first investigations (6/18 June 2008) in North West Mongolia, more precisely in the Hentiy Aymag region which is apparently the place where Genghis Khan was born and buried. Both our speleological and archaeological research started from the towns of Batshireet and Binder.
Unfortunately, from the speleological point of view, the area of Hentiy did not prove to be of any particular interest. As a matter of fact, most of the region is arid steppe that summer rains turn into a rich pasture for various herds that constantly move around because of the nomadic tradition of Mongolian herders.
The limited number of caves explored was not interesting from the speleological point of view, being regrettably nothing more than simple holes. It can be stated that most of what are called caves (agui) in this region are nothing more than shelters of a few square metres that were once used by monks or shamans. In fact, in Mongolia, caves are always connected to religious practices.
So, what will be the future of La Venta in Mongolia? We will certainly continue archaeological studies and explorations aiming to identify areas of geomorphologic interest, including the Govi-Altai province, where the potential for exploration is apparently very high.
Macedonia Project
In recent years our association has been involved in projects aimed at reintroducing birds of prey in Mediterranean areas. The first experience dates back to 2003 with a project called "Operazione Laerte" whose goal was to relocate a baby Egyptian vulture (Neophron percnopterus) on the cliffs of the special protected zone of the Laterza ravines (in the Italian province of Taranto). 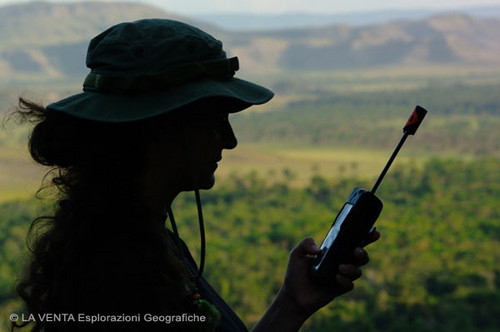 Following the success of this initiative, we decided to study the phenomenon more in-depth together with the “Wild Flora & Fauna Found Association" of Kavadarci, that pays particular attention to species of predatory birds and vultures living outside national borders, especially in the Balkans (in our case in Macedonia) where colonies of these rare birds still live in peace.
The "Macedonia" project mainly focuses on activities involving the understanding of naturalist aspects, environmental safeguards and regional development. To reach such goals, the work of skilful biologists, zoologists and ornithologists as well as the support of national and international bodies, is vital.
The first expedition, back in 2005, was essentially aimed at surveying the region and involved some of Macedonia's protected areas such as the Galicica National Park, the Markovi Kuli, the Tikves natural reserve and the Demir Kapija Gorge. The purpose of the second expedition, performed in 2006, was to explore the integral natural reserve of Tikves by covering the 70 km of Lake Tikves through canyons and cliffs where nests of various species of predatory birds can be found. As a result of this expedition we released the film documentary called “Tikves, Macedonia Selvaggia” (Tikves, Wild Macedonia).
Albania Project
The geographical and naturalist project called "Albania", was inspired by past collaborations between Italy and Albania, particularly with the Albanian Didactic and Scientific Speleological Society and the Geographic Institute of Tirana. The first expedition was carried out in the south of the country and covered a vast area stretching from Valona to Butrint and from Gjirokaster to Kelcyre. We explored the southern coast and we crossed the Llogaras National Park (Mount Cikes), some natural canyons inland of the coastal town of Borshi, and the natural archaeological lagoon of ancient Butrint.
In Butrint, the International Committee for the Development of Peoples (CISP) organised a meeting which offered the opportunity to exchange views about the training of park staff involved in the CISP project. The meeting will pave the way to future collaboration aimed at developing explorative, scientific and popular projects.
In addition, we carried out a survey of the impressive Blue Eye Spring (Syri i Kalter). On the orographic right of the Drinos River we examined massifs dominating the valley (Mt. Buretos and Lunxherise), such as the Kelcyres canyon. We perhaps walked through the most interesting area from the karstic point of view and this will be the focus of future explorations.
In parallel with the surveying activity, naturalists who took part in the expedition performed a fundamental study. By constantly observing mountains faces, peaks, and surrounding environments they were able to classify and record various species of birds, amphibians, and reptiles, as well as botanic species. They also assessed the state of the environment. All these findings are reported in important video and photo documentaries.
Socotra Project 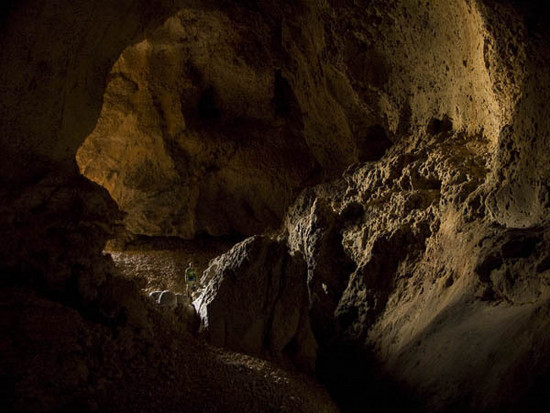 Located in the Indian Ocean, just off the Horn of Africa, Socotra is the widest of the four islands forming the homonymous archipelago. Even belonging to Yemen from a political point of view (350 km away), their geographical position is closer to the coasts of Somalia (300 km). The archipelago is composed by the main island Socotra (3625 sq. km), threee minor islands, Abd Al Kuri, Samha, Darsa, and some uninhabited reefs.
The island was declared a Unesco World Heritage in 2008. It presents a complex geological history and, consequently, an interesting karst potential. The highest mountain (up to 1500 m asl) are made of granite rocks, whereas the surrounding massifs have a carbonatic origin, including the high vertical cliffs of the coast. The presence of karst phenomena is therefore significant.
The first survey and the idea of a caving-scientific project are the result of a contact with the Department of Animal Biology, who for several years has been carrying on a research on the extraordinary natural endemisms of the island, and the EPA (Environment Protection Agency), the Yemenite governmental agency in charge of the research projects and territory conservation.
The survey gave the opportunity to check several remote areas of the island, reach around ten new cavities, locate a few ones on the cliffs and record useful information reported by the villagers.
We are pretty confident about the possibility to carry out a well-structured project on caves, marine caves, flora, fauna, scientific research, speleothems and more, including, in collaboration with the EPA, cave tourism and didactics.