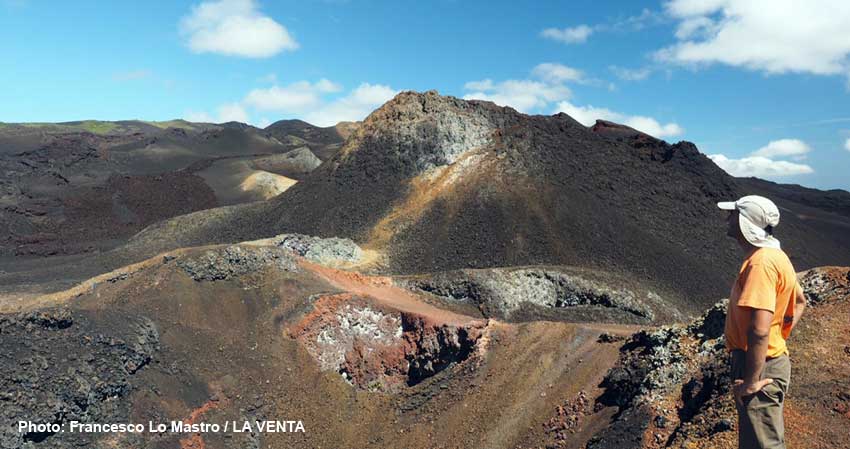 On the day 27, we have been engaged in the approaching of the volcanoes Sierra Negra and Volcan Cicho.

The climb to the great crater of Sierra Negra, about 9 km in diameter, is said to be the second largest active crater in the world, lasted about an hour and a half. 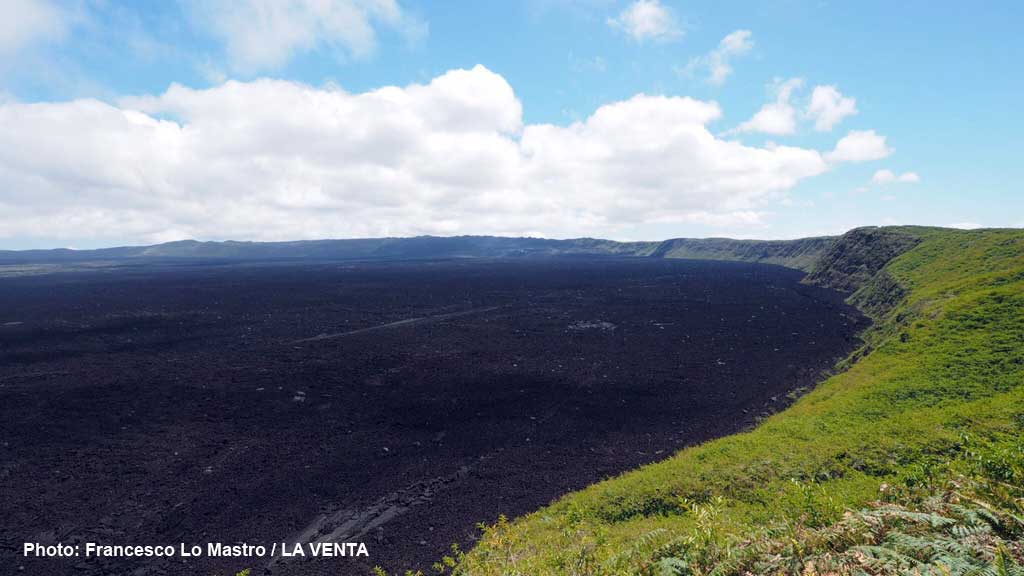 From there, we continued to Volcan Chico, abandoning the easy path and going forward for about five kilometers of a troubled and treacherous terrain, given that in some places the lava, from hard and compact became brittle and yielding, especially on slopes interested by large accumulations of slags and lapillus. 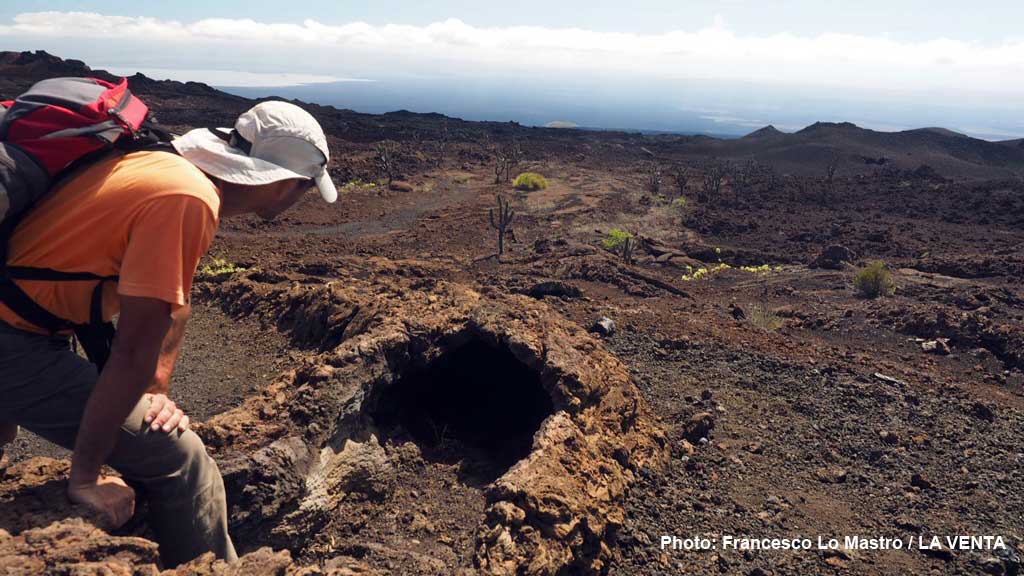 All this under an equatorial sun of mid morning peaking on our heads and on a ground black like coal, so on a rock that has high capacity to retain heat. 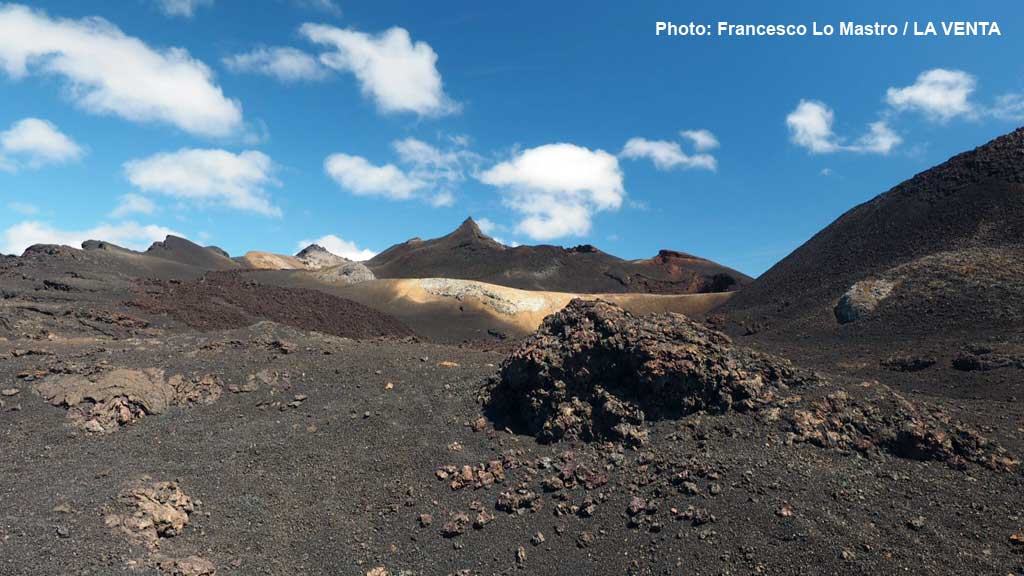 This torture, however, was not in vain, has allowed us, in fact to test both the difficulties of progress on volcanic soil both the climatic conditions in which we will operate during the expedition.

And speaking of climate, it must be said that, starting from the sea level in Puerto Villamil we were in a humid-muggy, climbing up towards the volcanoes we found ourselves in a misty-cold, and getting closer to the mouths surprised us a hot sun with no wind, so a hellish climate. But even that will serve as experience. 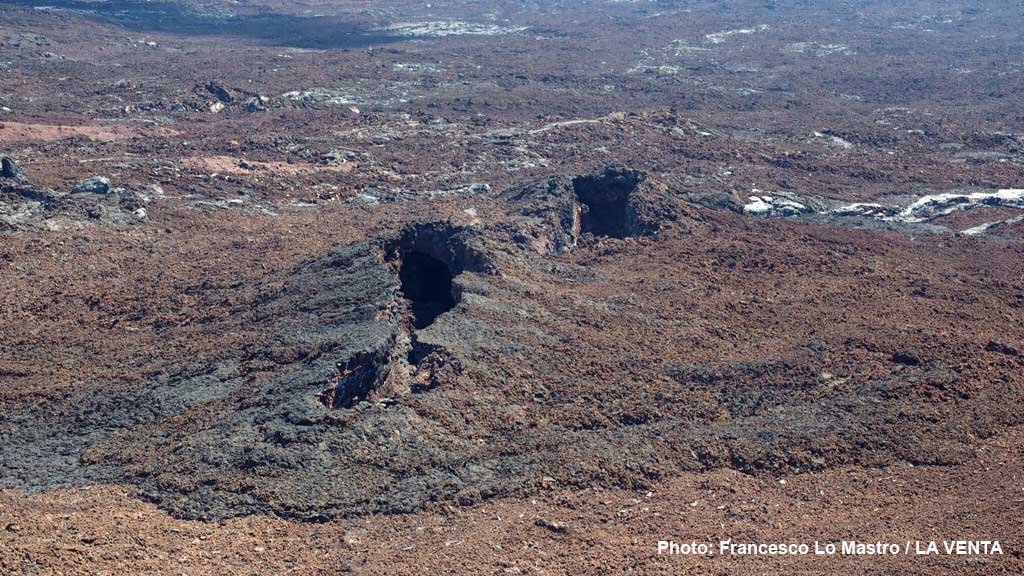 All things considered it was a busy day with 16 km of track and more than 6 hours of walking. Surely it is worth it.