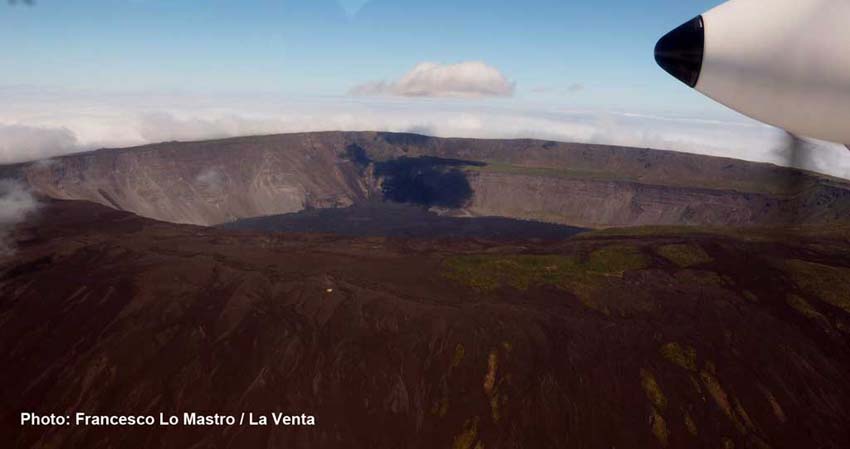 Saturday Ciccio and Umberto performed a flyover with a Cessna in the northern part of Isla Isabela, specifically in the areas of Wolf and Ecuador volcanoes. The objectives are multiple in anticipation of the expedition to this area in the coming year.

Among the most important there is the evaluation of logistics and transportation difficulties, both for sea and ground, with the installation of a base camp and some advanced fields depending on the exploration areas. 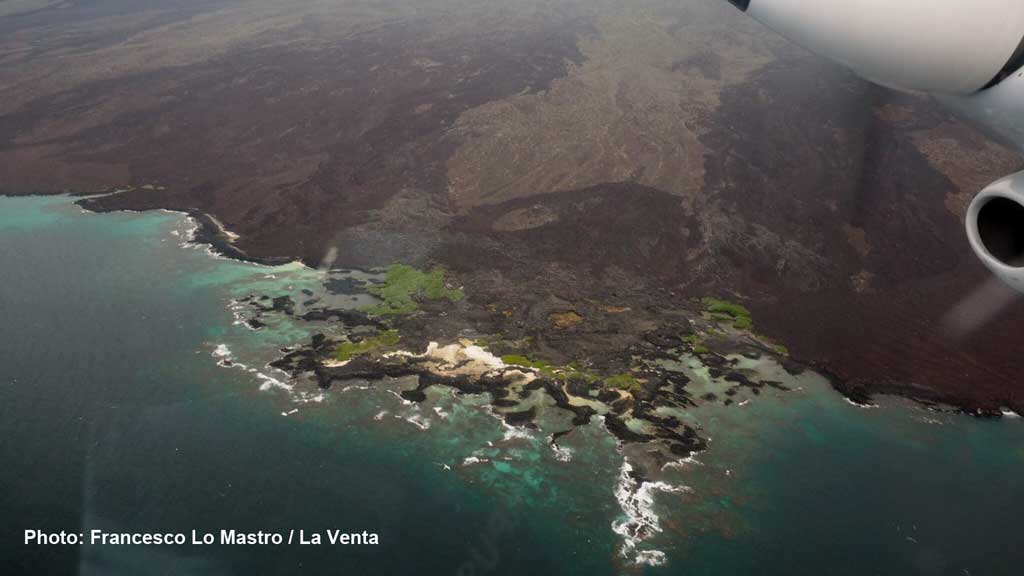 Another factor to consider is the difficulty of approaching the objectives, given the characteristics of the territory consists entirely of volcanic rock and crossed by deep fractures which, when placed along the routes of approach, could force us to make long detours to avoid them.

Another big problem, perhaps the most important, is the total absence of water throughout the area; this involves a major limitation of autonomy of the teams in the moment in which should push mainly along the slopes of the Wolf, where through the interpretation of satellite maps we have identified the main duct lava affected by major collapses.

The flight lasted around two hours, departing from the island of Baltra, with an approaching of 35', an hour's flight over the volcanoes and another thirty minutes for the return to Puerto Villamil. Once in the area, they have carried out numerous photographic video steps to Ecuador volcano, but even more on the crater and along the slopes of Wolf, not leaving out the part of the near coast. 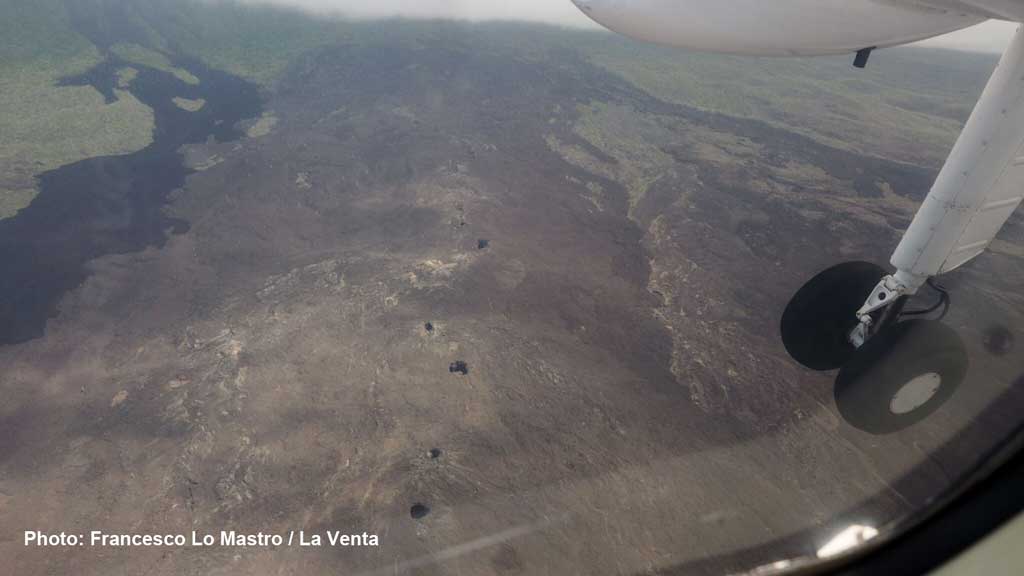 The examination of the coast and its seabed is essential for planning the transport by sea of the teams and the technical equipment and logistics. As the transport will probably be with an oceanographic ship of Ecuadorean army, boat, therefore, of a certain size, the stretch of ocean to go does not present a big problem, but it is required to land on the ground by means of small boats that will came on board.

As the northern part is a unexplored territory and totally off limits to tourism, there are no structures or landings known, so for a safe landing we are forced to examine the morphology of the coast, taking into account some factors related to the currents, the prevailing winds and tides in the scheduled period for the expedition. 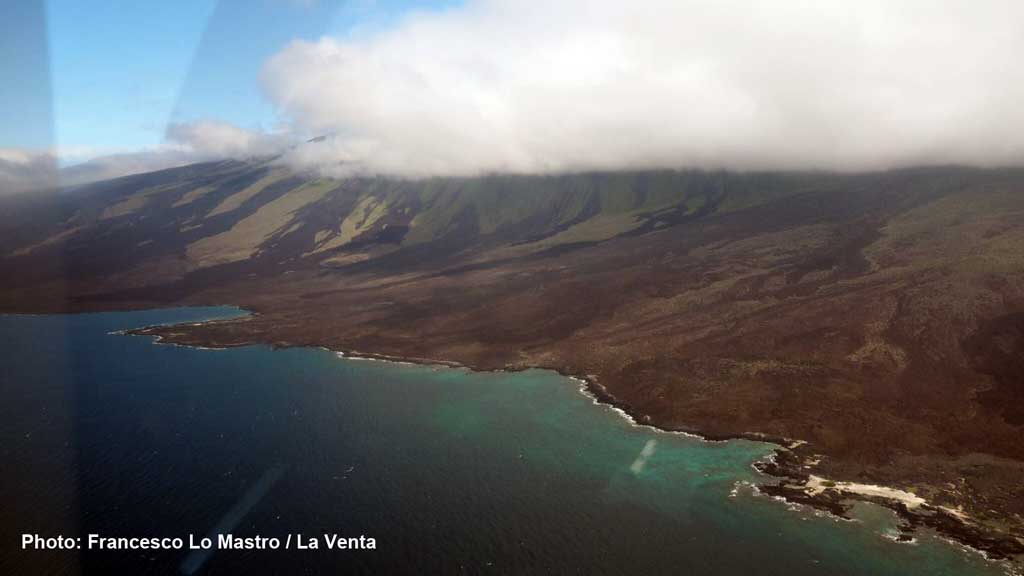 In short, the contact with the Ecuador Army in Puerto Ayora, the consultation of nautical the charts of the area at the Hydrographic Institute, the contacts with the management of the park and finally the overflights are a few precious pieces needed for the organization and hopefully the success of the expedition of 2017.

But not everything has been done yet; in the next few days, taking advantage of being in Puerto Villamil, they will go up to Triple Volcan, to Volcan Chico and the Grande Caldera, recording data and documenting with pictures and videos, to expand the knowledge of the area and assess the difficulties that we will face in the next expedition in Isabela island.

We will keep you updated.