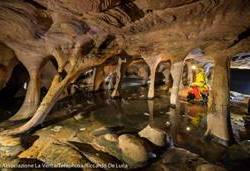 TEPUI: EXPLORATIONS AT THE GATES OF TIME 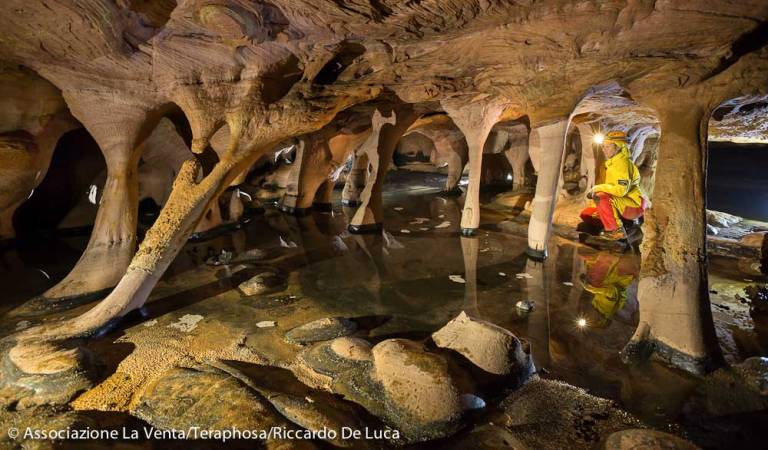 Tepui: Explorations at the gates of time

Amazonas, border with Brazil and Venezuela - Research on the plateaus of the Amazon basin, through ancient caves, vertiginous walls and impenetrable forests.

Geographical area: The chain of quartzite plateaus, a watershed between the basins of the Amazonas and the Orinoco River, on the border with Venezuela and Brazil.

The whole area of Venezuelan tepui is a natural park protected both from each country’s national laws and from regulations implemented by international organisations. Rocks forming these massifs, cloaked by thick clouds almost the whole year round, date back to almost two billion years ago and are based on crystalline bedrock about two time older. Exploring the depths of these mountains and moving through their caves truly means travelling backwards towards the origins of time.
A first recognition was performed in 1992 on the Auyan Tepui (“the Hell Mountain”, over 700 km2 surface) and allowed us to acquire crucial environmental information for new exploration projects. On the base of this information, in the following year a research expedition was organised together with the Venezuelan Society of Speleology, with the purpose of studying three different areas of the Auyan Tepui. During the 1996 expedition, despite the hard weather conditions, it was possible to shoot 3 reports for the TV channel RAI 3, among which a documentary film for the programme "Geo & Geo". A volume published in 1993 gathers technical and scientific data as well as a narrative section concerning the first phases of the project.
In February 2009 was launched a new scientific project in these extraordinary places, first on the boundless Chimanta Tepui, and, since 2010, on the Auyan Tepui. And right here in 2013 was discovered a large horizontal cave system with a total length of over 25 km. 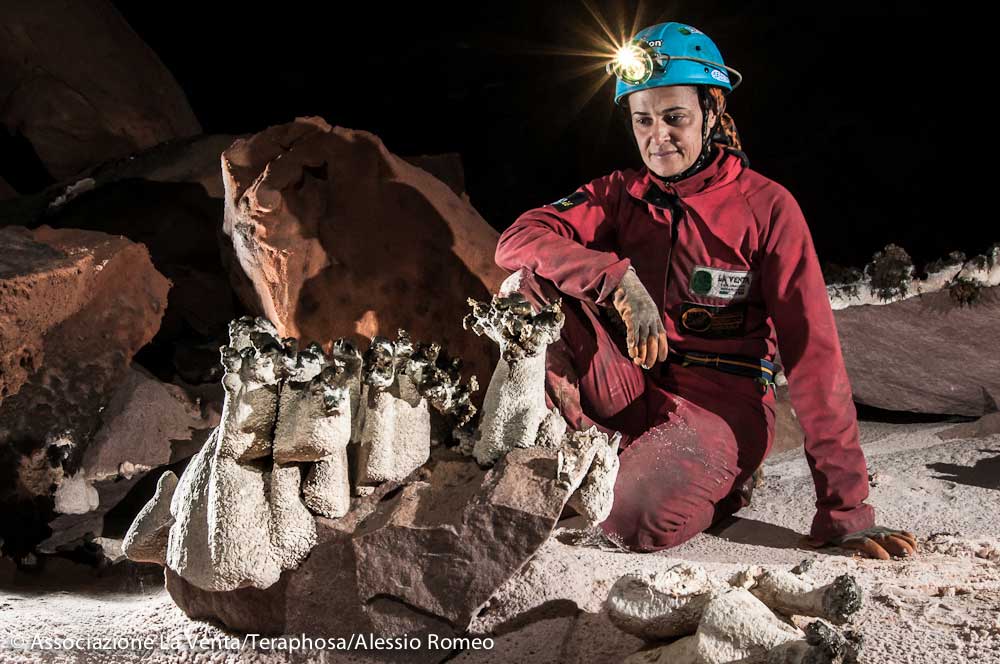 The project started with a crucial question: is it possible that caves and karst networks can form in a rock, the quarzite, that is so hard and apparently impenetrable from water? Not only did the explorations which were carried out over the years show complex underground phenomena, with extraordinary opportunities for new explorations, they also helped understanding their origins. Caves formed through a fascinating system allowing the transfer of silica molecules from the inside to the outside of rocks thanks to a very thin water film that constantly covers the cavity walls, transforming one of earth’s hardest materials into friable sand.

Future plans: The karst phenomenon of quartzite is far larger and widespread than we expected. Entire massifs are still unexplored, and also the most accessible ones hide logistic difficulties and enormous costs.