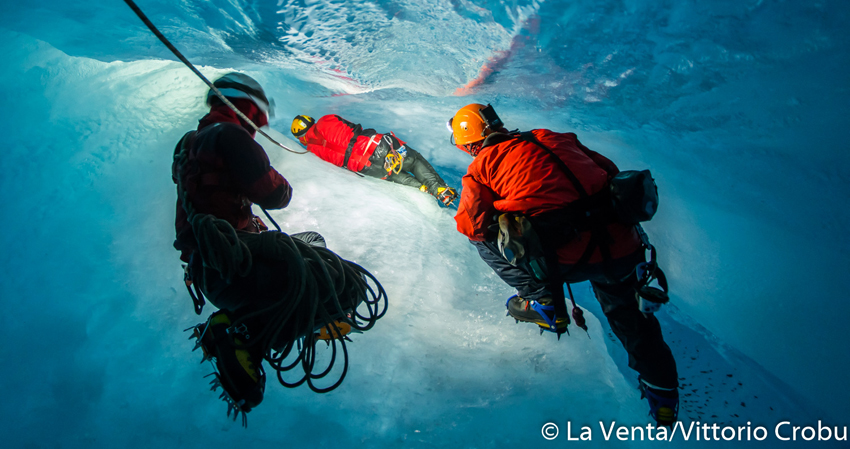 The fortune finally turned to our side. The initial bureaucratic problems have hijacked our expedition by the Argentine Patagonia in Chilean territory where we had no kind of permission and little information regarding local restrictions.  We simply crossed the border and reached the Administration of the Torres del Paine park for presenting what we are : a group of cavers who has already made expeditions in the area with the aim of studying the hydrology of glaciers Grey and Tyndall respectively of 12 to 16 years away, a collection of data that eventually will have a great weight on the evolutional study of glaciers and the effect of regional climate. 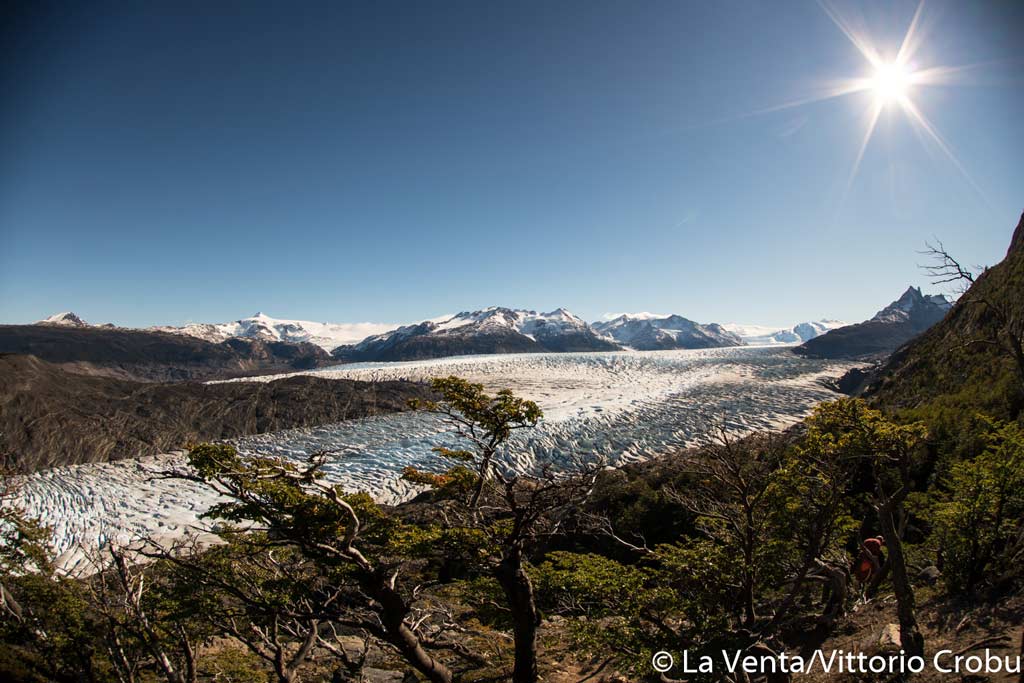 The permission for the Grey was immediate as that the karstified area is located in proximity of the forehead, and so in a still accesible area without specific permission. We soon found the path to access to the ice and a perfect area to install the camp.

Since 2004, the glacier has retreated and lowered a lot but the area of the pits more or less appears to be in the same place. The processing of these data will be in Italy at the end of the expedition that still continues. 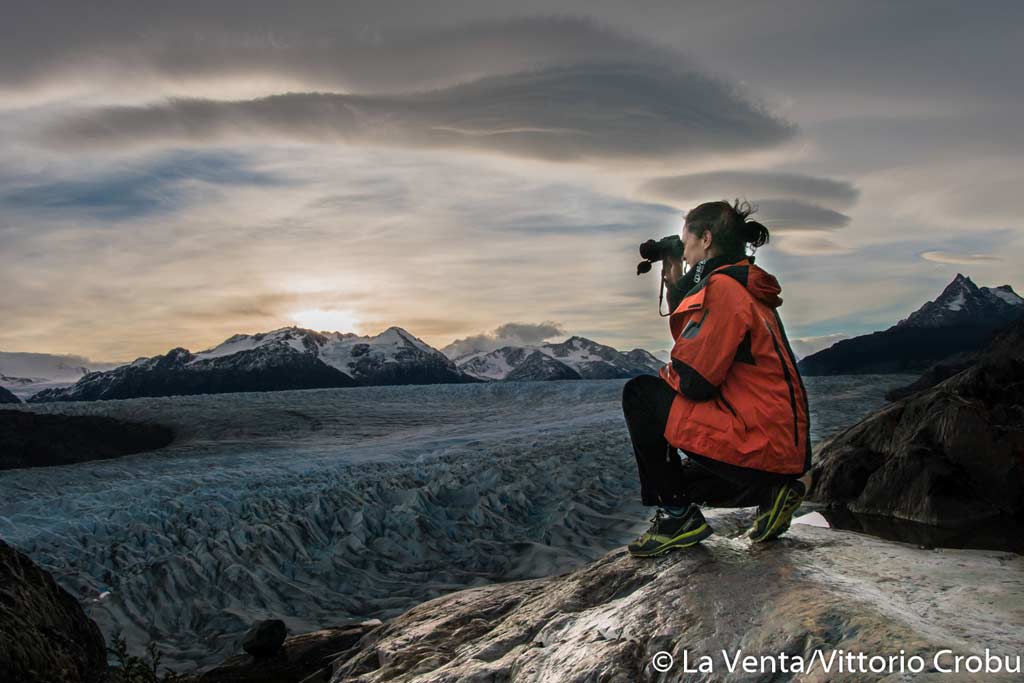 We explored 5 pits including a pair of sinkholes beautiful and big, respectively 90 and 40 m depth. The warm weather has not actually allowed the rivers to stop and only a few cavities were we could go down, we have left out at least three or four of size more than interesting, but not everything can be done! Unfortunately!

Now part of the group is back in Argentina before returning to Italy and a second group just arrived joined us yesterday in Chile. The next target is the Tyndall glacier. Thanks to a permit for study obtained in a record time we can reach this giant ice formation seen from La Venta in 2000 that a few years ago was located in a protected area and that would definitely be isolated from tourism. 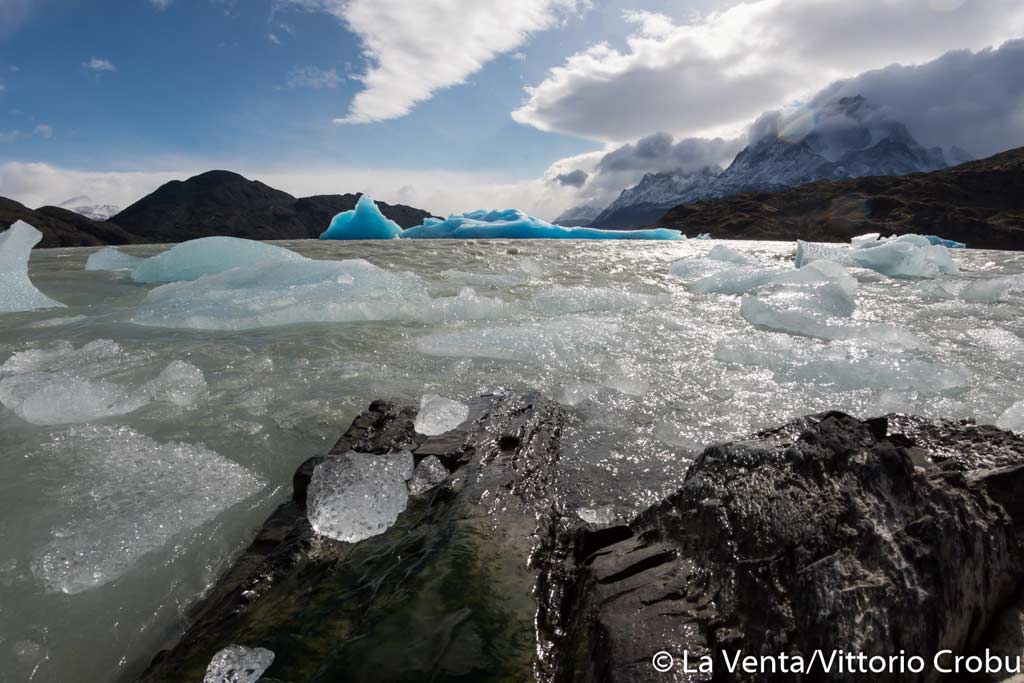 We can not get closer with horses as in the past and this complicates things, there are no well-marked trails and this further complicates ... well let's try to succeed in this approach and to install a field as close to the ice as we can and then check the superficial and deep hydrology of the pits area that very nearly corresponds with that explored 16 years ago.

Meanwhile we are minimizing equipment and clothing entrusting to Tiberino lyophilized our substantial food supplies for the next 8-9 days! Chief and Vice-Chief were the names of the two major glacial mills descended in 2000 and they appear to be still there, and if luck continues to join us as in the first part, at the end of the month we'll tell you how they are in 2016!!! 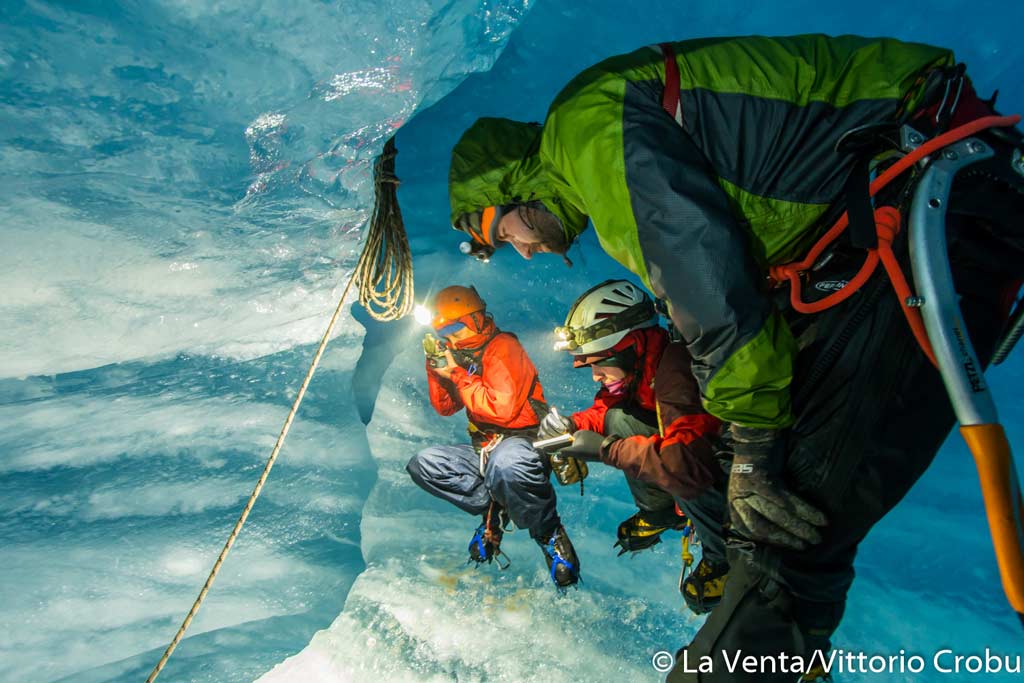 Meanwhile, stay tuned via GPS tracker at this link.

We appreciate the cooperation that we hope will become constant and continue the CONAF and in particular the National Park Tower of the Paine.