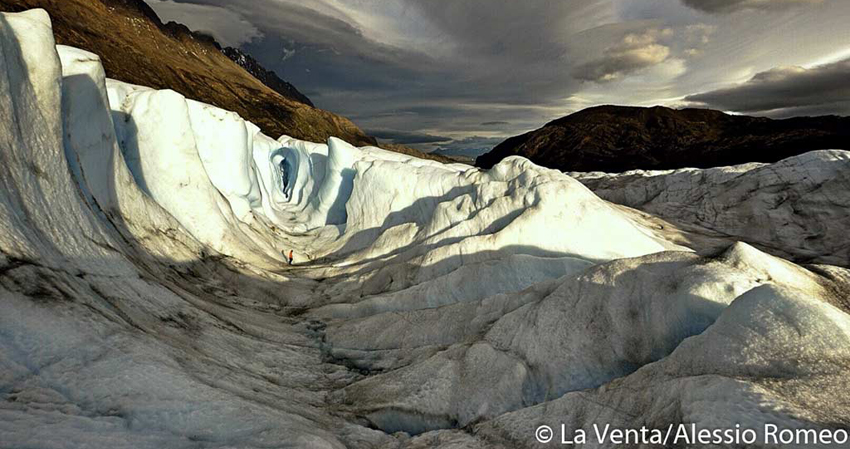 And so also the expedition to Tyndall Glacier is coming to an end.
The area of the only possible base camp was unfortunately still very far from the area where are the absorptions. And given that in more than one in the group had the flu has been thought to do an advanced camp reaching the pits with what was necessary for two days of activities. 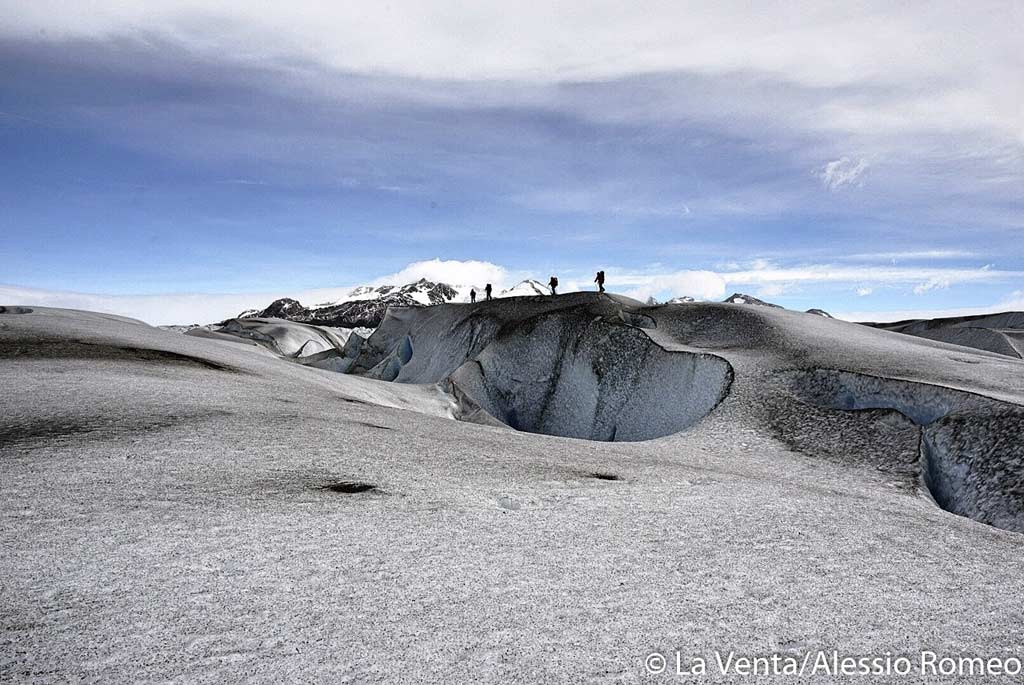 Eight kilometers more loaded of weights to transport and they have finally arrived. The very short time available, the cold and the snow, have only allowed to take the GPS points of the main sinkholes and to descent only two pits.
Both unfortunately invaded by large volumes of water. So they were unable to get to the basal area of the conducts but it is been completed the scientific and documentation part of the expedition.
And then again backpacks on their shoulders to return to the camp passing the glacier valleys, ravines and rivers. 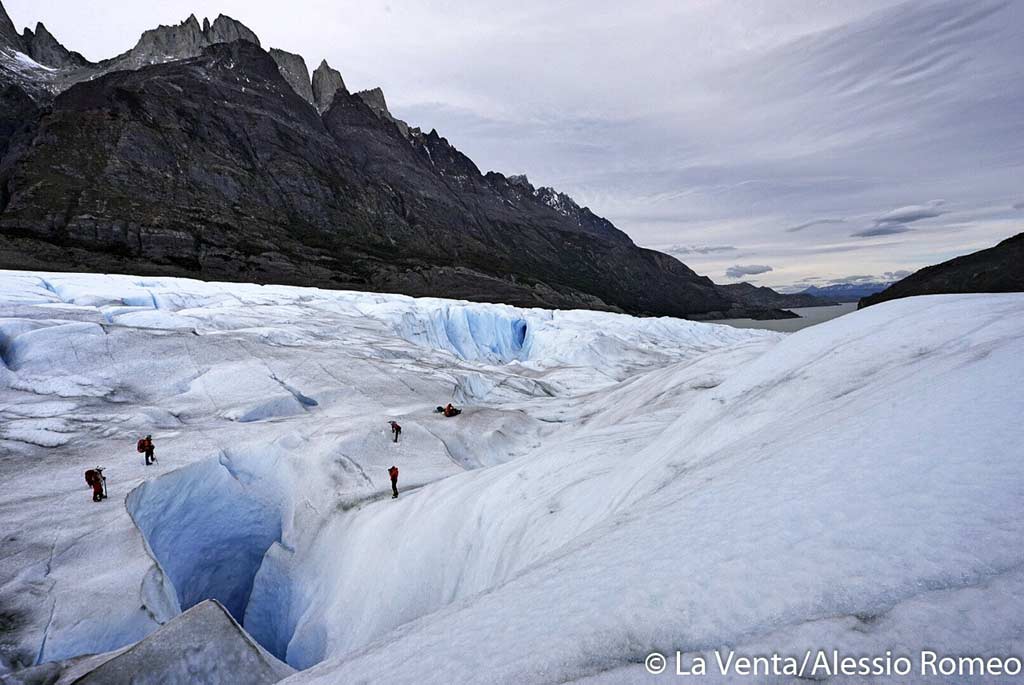 And today, after two days of walking they are finally all came to the Guardería of the lake. Unfortunately no horses, the now late summer has caused that now they had already been moved to the valley. And so, lacking the horses, our friends have turned into pack mules. Over 100 kilometers traveled (frequently going back and forth) with incredible weights. It will be another adventure to remember.
As soon as Alessio, responsible of the expedition, will be in an area with telephone and data coverage will send us a detailed final report. So stay tuned.

We appreciate the cooperation the CONAF and in particular the National Park Tower of the Paine.