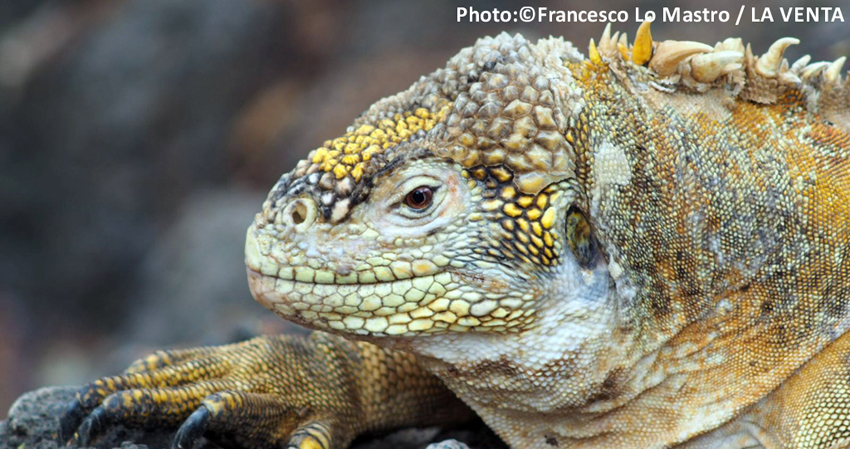 Finally, after two days in Puerto Ayora de S. Cruz, this morning, together with Aaron Addison of Washington University in St. Louis and Theofilos Toulkeridis of the Polytechnic Institute of Quito we were able to get a meeting with the direction of Parque Nacional Galapagos. The meeting was fairly formal, but after the first few minutes there was a climate of cordiality and cooperation. 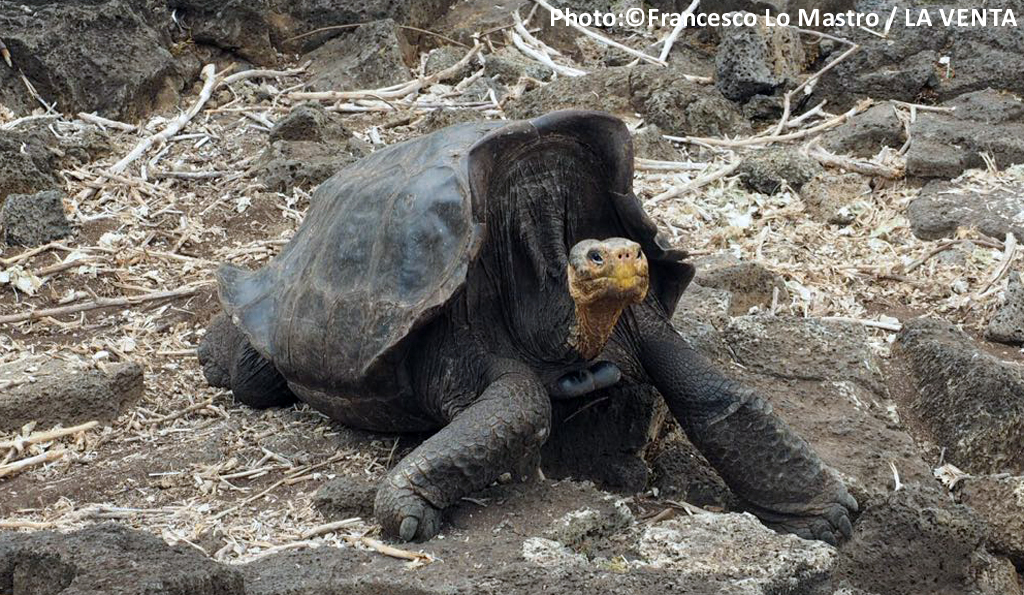 The presentation of the association La Venta was followed by the illustration of the project "Inside Galapagos Volcanoes" which found favorable response. So we can hope on the approval by the local authorities and its feasibility for 2017. We can only wait for the signature and the green light of the park. 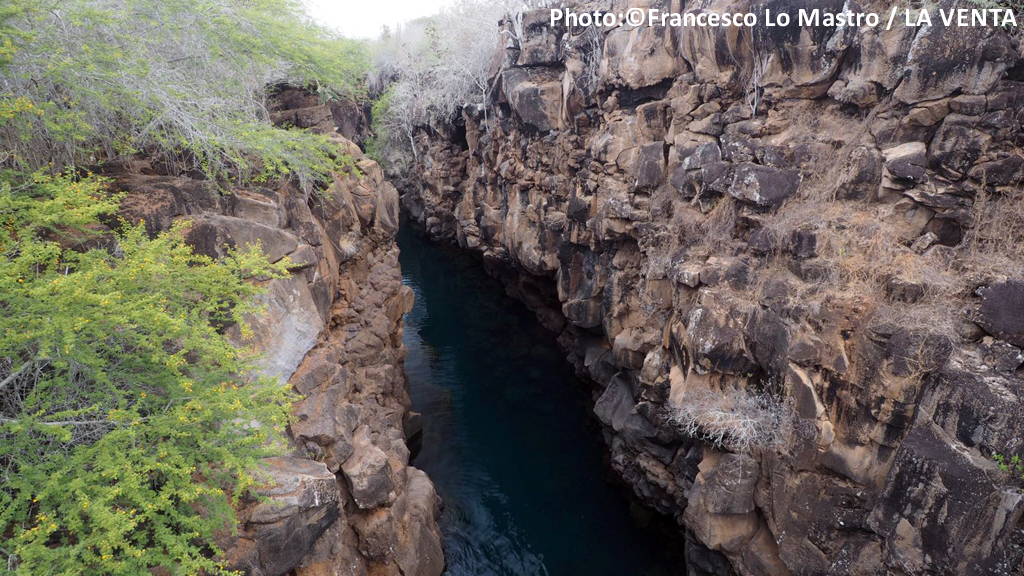 Meanwhile in these days we were not with folded hands; apart from the visit of the surroundings of Puerto Ayora, including iguanas, sea lions, pelicans and turtles, we also made a bet to the Grande Fractura, a long, deep incision into the lava that runs from the inland to the sea, and where the water goes up the Canyon for about a hundred meters. 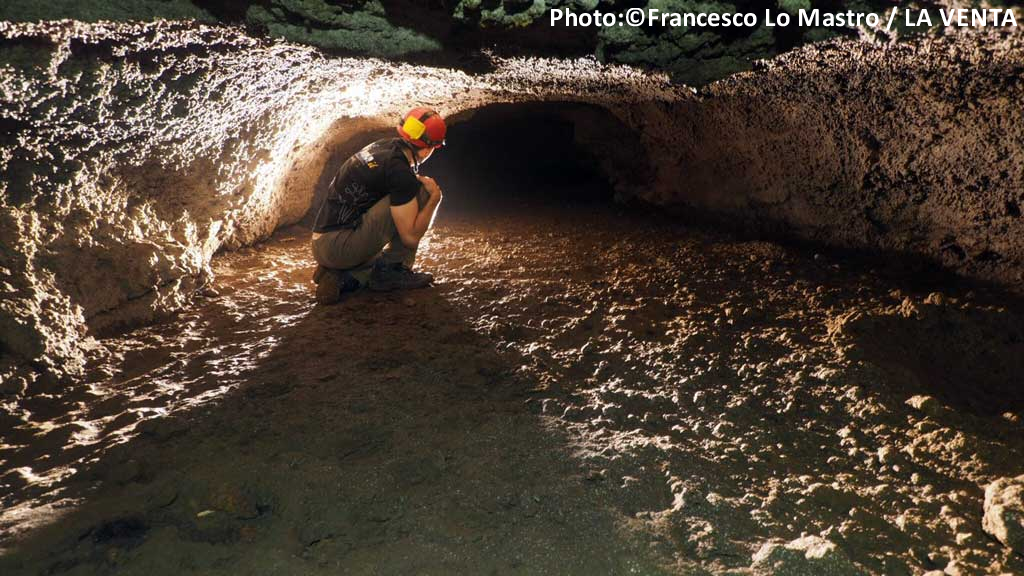 We have also begun to explore some lava conduct localized in the north of Santa Cruz along the road to Baltra airport. These tunnels develop at around 5-10 meters from the surface and run sub horizontally for hundreds of meters. Interesting the pyroclastic morphologies and the colorful colors that the lava takes in its oxidations.

In the coming days we will move to the island Isabela to carry out a reconnaissance flight over the remote north, location of the planned exploratory expedition of next year within lava conduits of Wolf and Ecuador volcanoes. 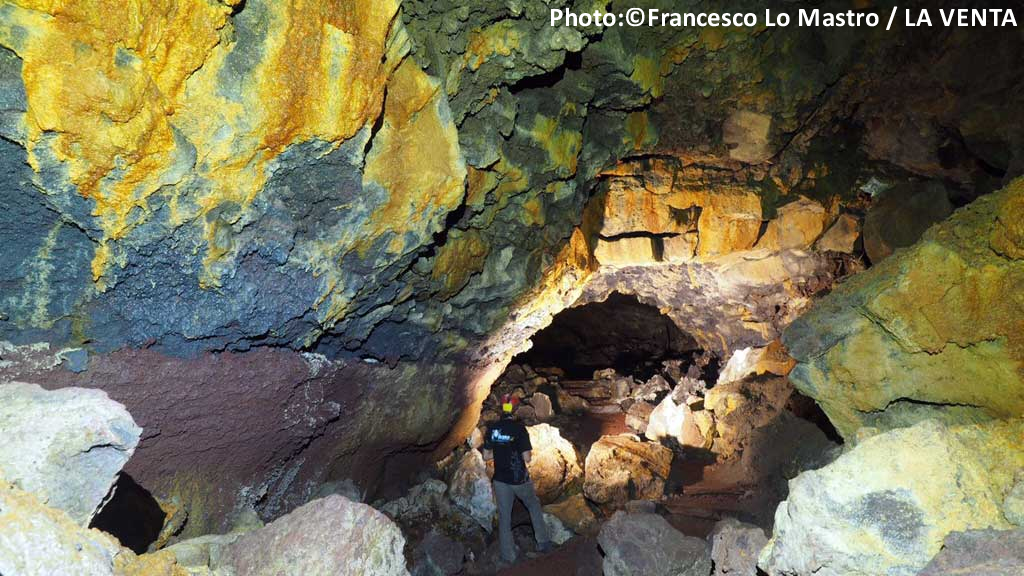