The report the prospection in the Galapagos

After the recognition of the islands we arrived in Quito. Here it is a little cold; we are at three thousand meters but obviously we were getting used too well to the ocean climate.

Summing up of the prospecting I'd say it went pretty well; perhaps better than what we expected. All contacts in the lineup have been met. Theo, the ecuadorian geologist co-project manager and expert on volcanoes of Galapagos, Aaron, the other american geologist who was with us have been really a surprise, for sympathy and disposability. In short, two excellent travel companions. 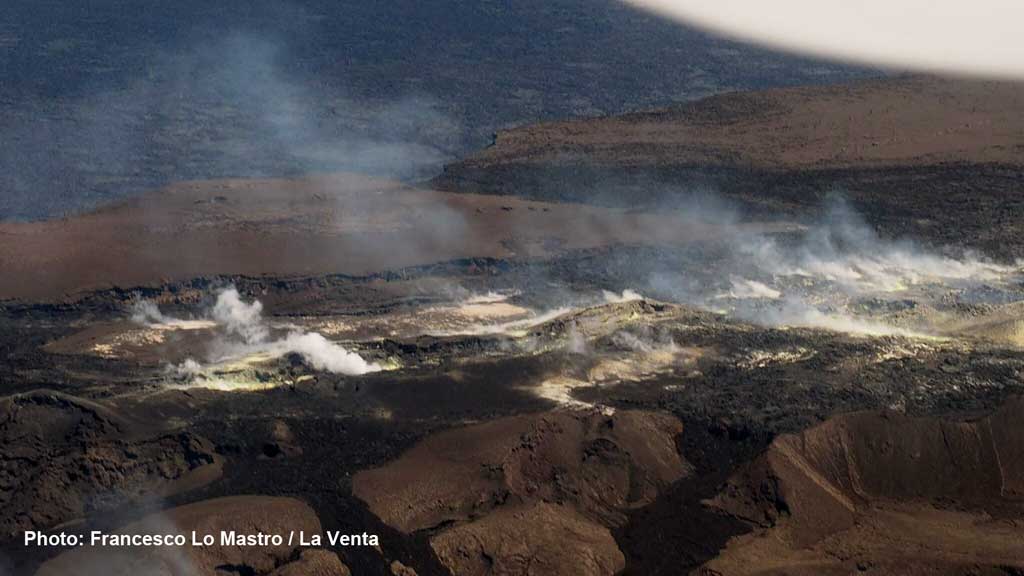 The meeting at the Galapagos National Park was very friendly, having been received by the Director and his staff. When we presented the association and delivered some of our publications and brochures they have complimented of our professionalism. Naturally, we reiterated our ethics and, in carrying out the projects, our increasingly close relationship with the local authorities and the local people, in the most absolute respect for the rules. The project was presented at the moment digitally awaiting verification, control and any changes made by the park. However, in principle it was expressed the full willingness and cooperation to the project. The secretariat will closely now to the suggestions and final procedures.

In the days to Puerto Ayora, we also made a visit to the Coast Guard and we have read, photographing them, the nautical charts of the North Isabela.

As prospection were conducted the following: overflight with photos and videos in the north of Isabela, with steps to the Wolf volcano area (including the crater) and Ecuador. Overflight along the north east coast of Isabela, overflight on lava tubes east of Wolf and part of the area between Wolf and Ecuador. Other areas (Wolf south and southwest) it was not possible for the presence of low clouds. Always in Puerto Ayora area we made the exploration, survey and photographic documentation of a new lava tube in the north, and in the same area, the exploration of a large lava conduit known as Cueva Principal. East of Puerto Ayora, was visited the Grieta, a deep volcanic rift which runs for hundreds of meters into the sea. In Isabela Island we have achieved and descended the Triple Volcan, impressive magma chamber that is accessed through a series of sinkholes, and then descend into the receiver via a series of ladders suspended about sixty meters on the abyss. Another prospection was that to the Volcan Sierra Negra and Volcan Chico, carried out in a full day with a sixteen kilometer route in part on path and partly on uneven lava ground.

Now we are in Quito, where this morning we went to the Military Geographic Institute to buy topographical maps of the area of the next year expedition. All that remains, once returned to Italy, is to process all the data and documentation for the study of a detailed logistics and an operational and exploration plan as functional as possible, that takes into account the difficulties of reaching the northern Isabela area (ship, plane or helicopter), of the difficulty of landing next to the lava tubes of that area, and of the absolute lack of fresh water. We will see to get to work on our return, at the moment we take three days off here on the three thousand meters of Quito near the equator.

A volcanic greeting from Ciccio and Umberto.

Thanks for the precious collaboration to: Jesus Lira and family for the support and logistic in Quito, Prof. Theofilos Toulkeridis of the Politecnic Institute of the Army of Quito and Aaron Addison of the Washington University of S. Louis.