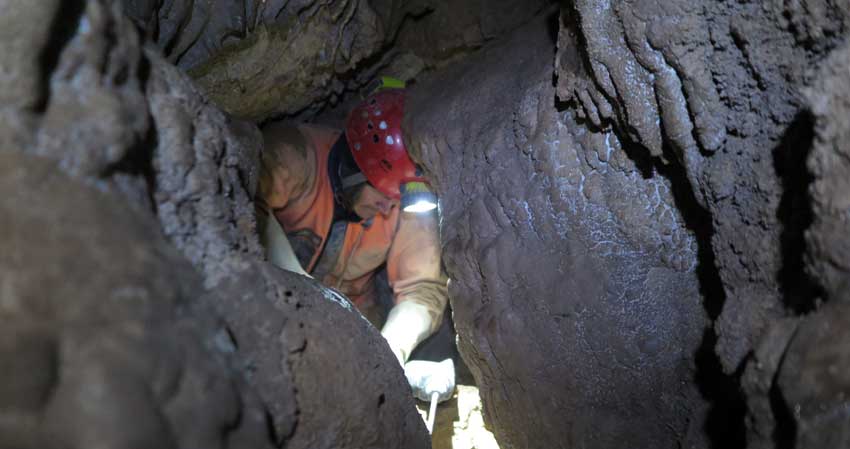 We are on Chul Bair, the central sector of the Sur Khan Tau chain, at base camp Boj Bulok, to 2670 m altitude.

As in the previous five mornings, we are preparing to climb up to 3550 m of the entrance in the wall of Chul Bair 15, a cave discovered in 2015 and that this year is unfolding definitely. The past few days we have explored down to approximately -200 m: after a succession of short jumps there is a wonderful and very hard meander, tight at the start and then wide an average of half a meter, to go through in the top, in the bottom, or in split or in opposition seamlessly. Soaked and slimy in the final part (explored), in pure Boj Bulok style to be clear.

To make explorations more "human" we decided to place an advanced camp on the plateau at an altitude of 3500, in order to have more hours of cave available and be able to perform  longest external prospecting. We expect yet another flock of thirsty sheep let the little resurgence that flows from the icy Boj Bulok entrance free, we fill our water bottles and we move. Everyone chooses his own path to climb up, now we know quite well this strange universe, where progression on the surface and in meander strictly follow the inclination of these enormous monoclines, just an oblique universe. After two and a half hours we are finally to the advanced camp, we unload the backpacks always too full and we drink an Uzbek Tchaï. In the evening by radio come the first news from other camps: the group of Georgii has entered in Boj Bulok to work in the high branches of + 220 m, in Dark Star a new kilometric continuation in the infernal meander of -700 m (surveied by us Italians in 2014) and finally by climbing the R10 entrance was reached, and it seem to point straight toward the Gothica camp of -400 m in Dark Star. A last look at an extremely starry sky and at the lights of the last villages preceding the border with Afghanistan to the south, then we slip into our sleeping bags. 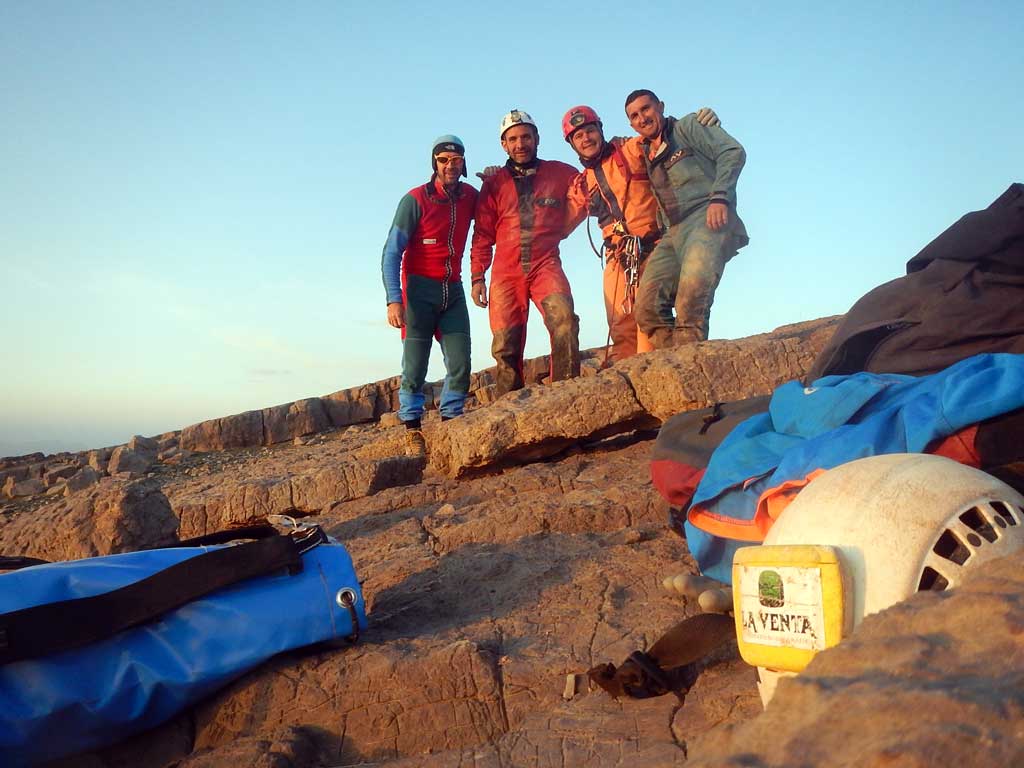 The next day important survey session for me and Gianluca, while Alex and Oleg will work to enlarge a few passages particularly difficult. Slipping (literally) down the slimy walls of the meander in a couple of hours we get to the area of operations, then follows other hours of cursing and cold, very cold. As we descend in altitude, in fact, the cold air slamming us on the neck increases significantly, an unmistakable sign of a possible high input that sooner or later will lead to Boj Bulok, now it's just a matter of time (and of kilometers of meandering). We try not to lose touch with the walls increasingly distant to each other, we find ropes only on two small wells, mortal sin to put them somewhere else, but we are now accustomed even to this. After a few hours we are destroyed, the cold wind has taken away long ago the feeling of our hands and the grip of the boots is practically zero, we secure the precious data and go back. We climbs interlocking virtually everywhere and sometimes we are too low or too high and have to start again, countless times. Undoubtedly one of the toughest places a caver can plung himself, and then we are reminded of the stories of Giovanni Badino and his concept of "infinite" meandering, twenty five years ago as now it impress and hypnotizes us.

Probably within a few expeditions will be more than two thousand meters of difference in altitude, from the Chul Bair wall to the big resurgence near the Tajik village of Dumbalò. In the evening we retrieve our things and go down at base camp, the day after the first day of rest after ten days, a panacea. 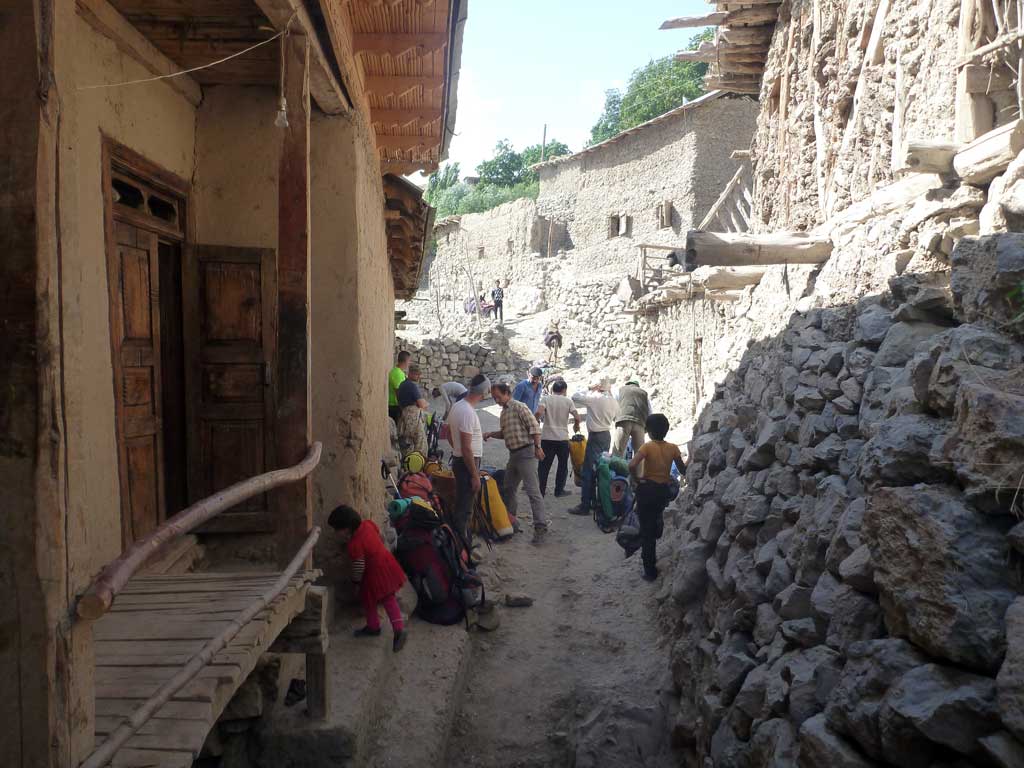 We conclude our activities with a beautiful turn into Boj Bulok led by the veteran Georgii, we go up on the first 150 m in the initial meander, we go down to the Mustafa pit and the subsequent almost to zero quota, where finally, we place a transmitter that will be used to look for other high entrances.

The usual three days return trip pass slowly between villages, off-road vehicles, trains and colorful bazaars. A huge thank you to my great and strong friends Alex Rinaldi and Gianluca Selleri, the Association La Venta that is always closely linked to these mountains and the Russians brothers of the Speleo Club Ekaterinburg - Speleological Association of the Urals.